In Cincinnati, the new police district becomes green thanks to a greater focus on sustainability and clean energy. Covered with solar panels, the new headquarters is enriched with elements that allow the local identity to emerge more clearly.

A Cincinnati the new police District becomes green thanks to greater attention to the sustainability and clean energy. Covered solar panels, the new headquarters is enriched with elements that allow the local identity to emerge more clearly.

Stereotypes in Cincinnati are banned, the District 3 does not resemble an impregnable fort but a place where citizens can actually feel at ease because quite similar to another public building, plus a series of green details that architects and designers have developed to make it smart and welcoming. Active 24 hours a day, it consumes half the energy compared to similar structures.

The police station is operational and boasts of being the first of its kind to be entirely autonomous from an energy point of view, thanks to the roof covered by solar panels. Within the beyond 3.620 sq km of surface they work approx 200 people 24 hours a day, for this reason the new control unit is particular: it is constantly active, with people moving and consuming energy, yet consuming 50% less energy than any other structure of the same size.

District 3 was designed to become a point of reference for the community. It took a dozen meetings before construction began in 2013. “The first design concept revolved around the idea of ​​a city building that overturns the ideal of a classic police station, with a large, awe-inspiring entrance. The project suggests the idea of welcome, "Explains Jim Cheng, who with his Emersion Design worked on the realization. 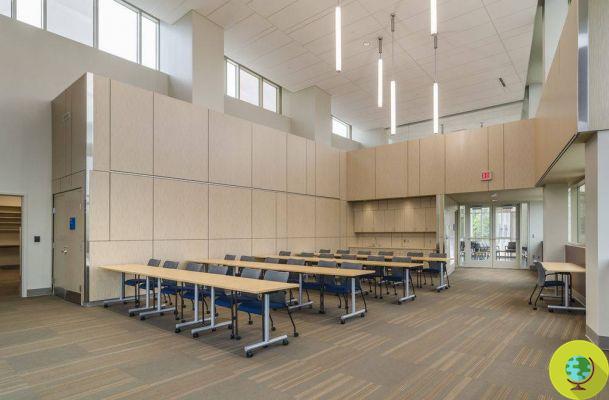 These are the two objectives that prompted the designers: to achieve the "zero net standard", In addition to solar panels, solutions such as efficient windows, openings to let in light, smart air conditioning and heating systems.

The new police station is connected to cycle paths and the streets around it have been designed to be traveled on foot. 14 columns were then enriched with artistic elements that refer to thecommunity identity, while at the entrance a three-dimensional map has been placed that offers an overview of what is happening in the surroundings. 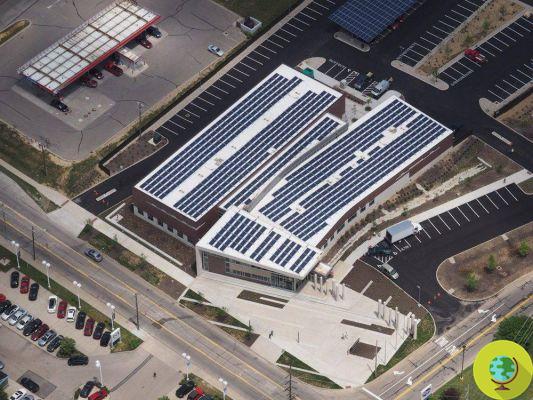 In Fiumicino, the provocative Christmas tree made with waste found on the beach ❯