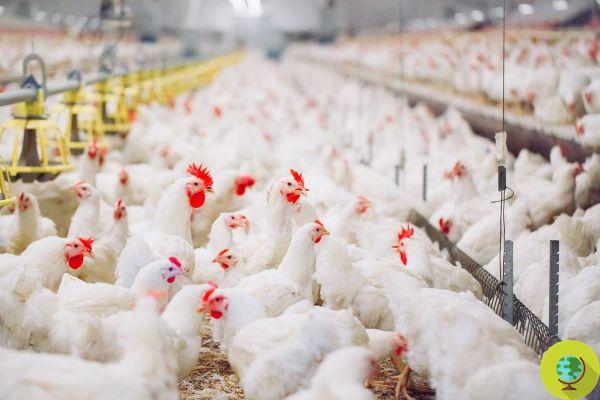 A 41-year-old man in the eastern province of China has been confirmed as the first human case of infection with the H10N3 strain of avian.

First human case of avian flu recorded in China: it is a 41-year-old from the eastern province of Jiangsu, who tested positive for the virus H10N3. According to the China's National Health Commission (NHC), the man was hospitalized on April 28 with fever and other symptoms, but at the moment human-to-human transmission has been averted.


The H10N3 avian infection, according to Reuters, was diagnosed only on May 28 and for the moment the patient is stable and should be discharged shortly.

H10N3 is a low pathogenic, or relatively less severe, strain of the virus in poultry, and the risk of it spreading on a large scale would be very low, the NHC added.

The strain "is not a very common virus," says Filip Claes, regional laboratory coordinator of the Food and Agriculture Organization's Emergency Center for Transboundary Animal Diseases at the Regional Office for Asia and the Pacific.

Only about 160 isolates of the virus were reported in 40 years to 2018, mostly in wild or waterfowl in Asia and limited parts of North America, and none have been detected in chickens so far, he added.

H10N3 can spread through respiratory droplets among animals, explained Yang Zhanqiu, deputy director of the Department of Pathogen Biology at Wuhan University, adding:

It is not known how this person was infected, but the infection probably occurred through respiratory droplets from poultry or from direct contact with diseased live poultry.

There are many different strains of bird flu in China and some people become infected sporadically, usually those who have close contact with poultry. Between 2016 and 2017, around 300 people died after contracting the H7N9 strain. NHC has warned the public to avoid contact with sick or dead poultry as a precaution and to try to avoid direct contact with live poultry.

The link between the emergence of avian influenza pathogenic viruses and intensive poultry farming is still extremely evident. What do you expect to stop them permanently?

In China, a case of a man infected with H5N6 avian reopens the question of live markets (never resolved) ❯