The faster you walk the slower you get older, now it's official! 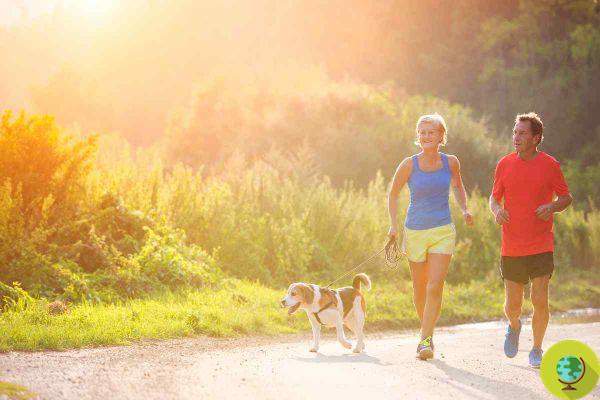 According to recent research, there is a strong correlation between fast walking and younger biological age. In fact, this new study managed to show that fast walkers age later and better than slow walkers.

Research has always highlighted how a more active lifestyle can combat some of the effects of aging, including the onset of heart problems, memory loss e cognitive impairment.


To this pool of knowledge is added a new study that describes in detail the relationship between walking rhythm and biological age, to show that those who move faster can benefit from longer health.

In 2019, another study had already probed the links between gait speed and health, showing how walking slower at age 40 correlates with biological indicators of accelerated aging.

Likewise, researchers at the University of Leicester have previously shown that just 10 minutes of brisk walking per day could increase life expectancy by up to three years.

Although walking pace has previously been shown to be a very strong predictor of health status, researchers have not been able to confirm that fast walking has health benefits.

(Read also: Alzheimer's: Walking at this speed after age 60 can be one of the first signs of dementia)

In this study, however, the researchers used information contained in people's genetic profile to show that a faster pace is likely to lead to a younger biological age, which is measured in telomeres.

Telomeres are the caps at the end of the chromosomes, which protect them from damage, and for this reason they are the focus of much research on the effects of aging.

As our cells divide, the telomeres shorten and eventually prevent the cell from dividing further, turning them into what is known as a senescent cell. For this reason, telomere length is considered a useful marker for measuring biological age.

The new study analyzed genetic data on more than 400.000 middle-aged adults, and compared it to information on walking speeds both self-reported and from trackers worn by participants.

The data established a clear link between faster walking and a younger biological age. The age difference between those classified as fast and slow walkers was 16 years, based on telomere length.

This suggests that the walking speed routinely slower is an easy way to identify people at greatest risk for chronic disease, and unhealthy aging.

add a comment of The faster you walk the slower you get older, now it's official!