The ethics of remorse: feelings of guilt help overcome selfishness

The recovery of an ethic of remorse becomes the existential spring capable of reactivating everyone's conscience by making it come out of pure individual interest in order to open it to the world.

“Each of us is responsible for everything and everyone, in front of everyone and I more than the others”, said Fedor Dostoevskij. Other times, alas.


Today the finger is more easily pointed at others but little, very little, in some cases nothing turns attention to one's responsibility, one's actions. And the remorse, then. In order not to risk having regrets, we have forgotten values ​​and spirituality; we devour everything, we take everything that comes our way, out of desire for power, pleasure, tranquility, emotions, novelty; to keep up with the times, because it has always been done this way, because everyone does.

If the gaze then widens, from the private to the social, it is not that the thing changes on the contrary, it shows itself in all its macro consequences: in a perspective of predation, technological progress has led to unbridled consumerism, destruction of the environment, exploitation of peoples and resources and consequently, by reaction, poverty, biblical migrations. The most recent data indicate an increase in the level of absolute poverty in the world (over 815 million), reversing a positive trend that lasted about a decade.

But we don't see it, we reject those looking for a better life; we feel invaded and threatened. Yet it should not be “difficult to understand that the major responsibilities of this dramatic crisis now fall on the shoulders of the great and rich consumer society born and prospered in the West. It would obviously be foolish to ask every man who lives in the civilization of well-being to wear the habit of a penitent and renounce everything out of pure humanitarian spirit. But at least it is reasonable to expect a leap of responsibility and a small effort on the part of everyone and an awareness: much less than 1% of world GDP would be enough to invest to put a substantial barrier to the problems linked to poverty and climate change ", observes Maurizio Canosa, professor of philosophy and author of "The ethics of remorse. The removal of the sense of guilt in the civilization of consumption”, First volume of PhiloLab, the new series by Altrimedia Edizioni.

No regrets, as little as possible anyway. And no remorse. Or rather: a remorse, and connected, selfish guilt. Always oriented to the same hedonistic logic. Yes, because, on closer inspection, three types of guilt can be distinguished: deontological, altruistic, selfish. 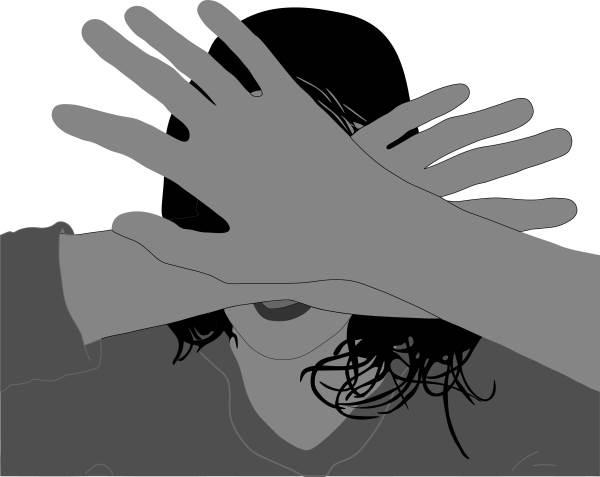 Il deontological guilt it is what emerges from the awareness of having transgressed moral and ethical values ​​and invites, urges us to return to behavior oriented towards the personal good and of all; the selfless guilt instead, it arises from realizing that you have unjustifiably harmed the other or, in a more general sense, from not having behaved in an altruistic way: in this case it aims at repairing the damage caused and at the expression of positive feelings and attitudes towards the " victim".

And then there is the selfish guilt, the most typical of our competitive society, which reflects the failure to achieve social and individual performance objectives; this can be expressed in two ways: by discharging the responsibilities of one's failure on the outside world, or by blaming the failed result on oneself, for one's own inadequacy, emotional fragility, weakness of character and so on.

The selfish sense of guilt manifests itself in a clear, evident way: it blocks the person, makes him live in the past rather than in the present. Of course, there are ways to overcome it: an online search is enough to find advice, lists of things to do or not to do. Of course, the sense of guilt is disturbing, it engages the thought, it is not pleasant: therefore it must be eliminated, removed, in order to return to action according to the standards and performances and social and personal objectives envisaged. It's life, baby.

Or not. In his essay "The ethics of remorse", with an informal methodological approach and a clear and pleasant language, Maurizio Canosa invites us to "overcome those prejudices that have represented, for centuries, the true" steel cage "of our consciences numbed by hedonistic utilitarianism: first of all, the belief that the sense of guilt is a kind of disease to be eradicated and that happiness is only connected to pleasure, selfishness and material wealth ".

The thesis of the book is this: the sense of guilt forces us out of our comfort zone and leads us to look at ourselves with a right critical spirit and consider the other as someone who has his own needs, his own dignity, an existence to be recognized and respected. Only in this holistic view, which considers that everything is connected, can genuine collective happiness develop.

"A balanced feeling of guilt, from which also the sense of responsibility originates, can be awakened only if you decide to get out of the shadows of unawareness - warns Canosa - to begin to get information and to know, without ideological prejudices and preconceived ideas" . With an awareness: that all knowledge is, or should be - also - cognition of pain; the pain of the world as well as of oneself. Two examples, to clarify the concept, come from Siddhartha and Francis. The young and rich Siddhartha gives a radical change to his life, abandoning his luxurious life and dedicating himself to the ascetic and contemplative life, after having seen the poverty of the people: the clash with reality makes him enter into crisis and find that compassion that will become the cipher of his thought. Francis gives up the clothes and wealth of a merchant to show everyone how intolerable the pain and misery of the world is, and it is that pain and misery that from that moment on he will want to share with the least of the earth.

“Remorse has a lot to do with philosophy because it has a lot to share with doubt and, therefore, with knowledge. Indeed, on closer inspection the sense of guilt is possible only for the man taken by doubt. He who is convinced that he knows everything and always acts at his best (for the best of him) will very hardly have uncertainties that hinder his path and for this reason he will almost never be taken by remorse. And she will remain ignorant of him ”: Maurizio Canosa points out; "The recovery of an ethic of remorse becomes the existential spring capable of reactivating everyone's conscience by making it come out of pure individual interest in order to open it to the world".

So long live the remorse, long live the sense of guilt: the active ones, who invite action, who put into play our naive and pacified certainties, who help to overcome our selfishness to open ourselves to actions of love that have a look for the good and growth of all. We can be aware of one thing: our behaviors affect the reality that surrounds us; therefore the closest and most distant reality also depends on our choices, on our actions. They are the salt that will make the taste of our world different.

Europe is 'malaria free'. But there are still too many dead in the world ❯

add a comment of The ethics of remorse: feelings of guilt help overcome selfishness