The Eiffel Tower, symbol of France, will produce clean energy thanks to two wind turbines. Positioned above the second level due to better wind conditions, the two systems will produce 10.000kWh of electricity per year, enough to power the commercial sectors on the first floor of the Parisian Tower.

La Tower Eiffel, symbol of France, it will produce clean energy thanks to two wind turbines. Positioned above the second level due to better wind conditions, the two systems will produce 10.000kWh of electricity per year, enough to power the commercial sectors on the first floor of the Parisian Tower.

The latter is facing the biggest facelift of the last 30 years. The two vertical axis wind turbines have been specially designed to match the look of the iconic tower, adding a number of efficiency improvements. To make them happen Urban Green Energy in collaboration with the Eiffel Tower Operating Company.

A moment to redo your look that is anything but casual, given that in December this year Paris will host one of the most anticipated climate conferences, Cop21. And one of the main objectives of the facelift is to achieve a significant reduction in the ecological footprint.

Quiet and designed to capture wind from any direction, the turbines are located 120 meters above ground level. Not a random height but a chosen one because here the winds are constant and will allow to satisfy part of the energy consumption of the Tower. 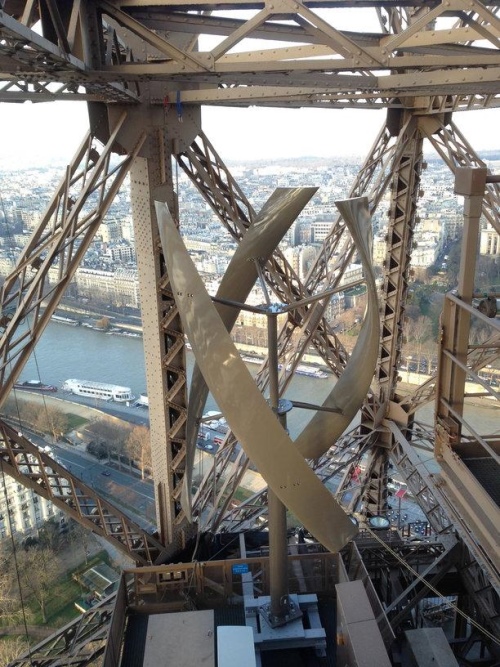 Their assembly was a technical challenge, a real fight against gravity. "The Eiffel Tower is undoubtedly the most famous architectural icon in the world and we are proud that our advanced technology has been chosen to make the Eiffel Tower increase its commitment to a more sustainable future", he said Nick Blitterswyk, CEO of UGE. "By the time visitors from around the world see the wind turbines, we will take another step towards a world powered by clean and reliable renewable energy." 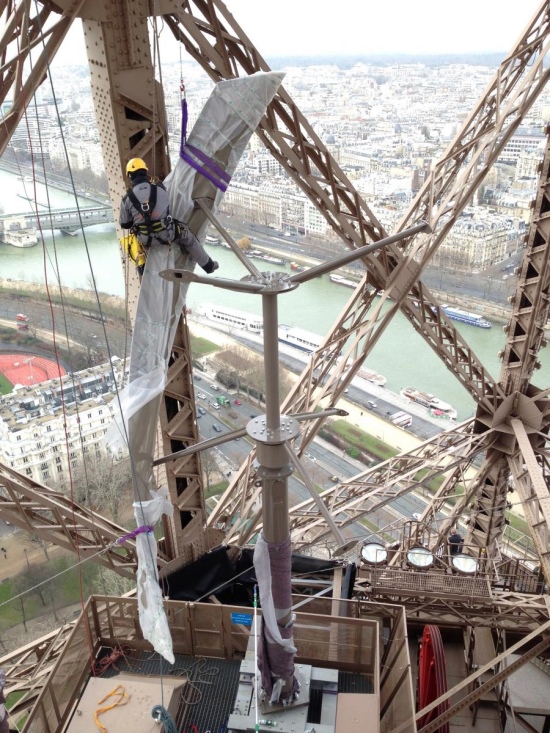 In addition to wind energy, the renovation also includes LED lighting and photovoltaic panels on the roof of one of the visitor pavilions. In addition, high-performance heat pumps were also installed on the two refurbished pavilions, along with a rainwater recovery system, reused for the toilets.

The Eiffel Tower will divert a giant albero

add a comment of The Eiffel Tower even greener: install two wind turbines