The coffee? With 5 cups a day you save yourself from premature death 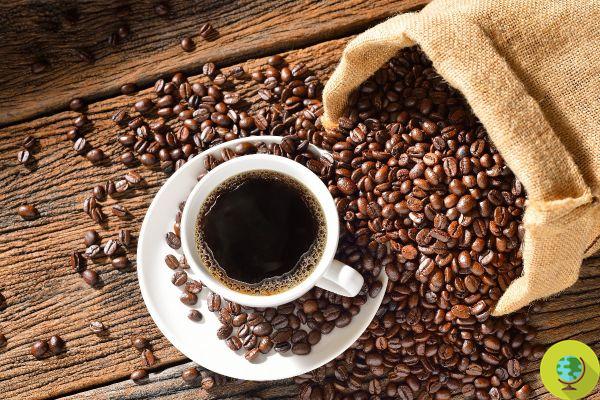 Sipping up to 5 coffees a day, even decaffeinated, would decrease the incidence of premature death from any type of cause

For the coffee the perfect number is 5. Five cups a day at most. And not only because it has already been established that they would keep Alzheimer's away, but also because coffee, even decaffeinated, it would be a real long life elixir.


Sip up to 5 coffees a day, in fact, the incidence of premature deaths would decrease for any type of cause and in particular for diabetes, for Parkinson's disease, for cardiovascular and neurological diseases, even reducing the chances of committing suicide.

To say it is what it seems to be one of the most extensive studies on the subject, conducted at Harvard University. The data come from the health analysis followed for 30 years of about 160 thousand women - part of the “Nurse Health study” - and 40 thousand men. All the volunteers filled out questionnaires on their eating habits every 4 years and from the surveys conducted by scholars led by Ming Ding, it emerged that moderate habitual consumers - i.e. drinkers of 3 to 5 cups a day of coffee - suffered fewer premature deaths. , even by drinking the decaffeinated drink.

Coffee's bioactive compounds reduce insulin resistance and systemic inflammation, said first author Ming Ding, a doctoral student in the Department of Nutrition. This may explain some of our findings. However, further studies are needed to investigate the biological mechanisms that produce these effects ”.

In short, in the whole population examined for the study moderate coffee consumption has been associated with a reduction in the risk of death for cardiovascular disease, diabetes, neurological diseases such as Parkinson's disease, and for suicide, while coffee consumption has not been associated with cancer deaths. The analyzes considered potential factors such as smoking, body mass index, physical activity, alcohol consumption, and other dietary factors.

This study seems to be somewhat in conflict with the latest EFSA recommendations according to which you can allow yourself a maximum of four cups of coffee a day, to avoid running into problems with the cardiovascular system and central nervous system. It is true that the European Food Safety Agency was mainly referring to young people under the age of 18 and pregnant women, but perhaps the truth lies somewhere in between and is exclusively subjective. Do not overdo it even with coffee and follow a healthy lifestyle are the perfect viaticum for a long and healthy life.

Coffee is not bad, just don't overdo it. Word of EFSA
Coffee: who said it hurts the heart? If taken in moderation it protects the arteries

Coffee is good for the heart. How many cups should you drink to reduce heart risk ❯

add a comment of The coffee? With 5 cups a day you save yourself from premature death