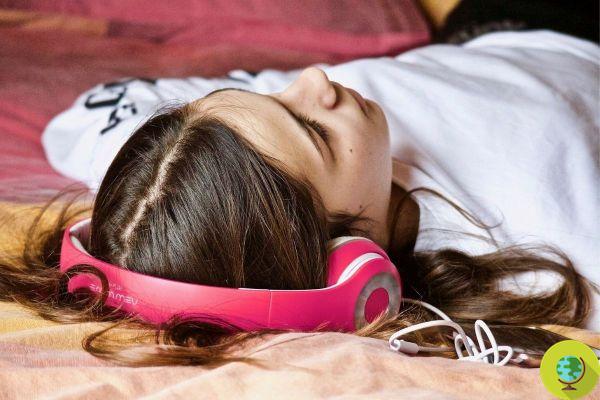 We all have a musical catchphrase buzzing in our heads, but now scientists are highlighting its positive effects on memory

We all have a musical catchphrase that buzzes in our heads and does not give us peace, but now scientists are highlighting its positive effects: it helps to remember the events of our life.


A recent study by the University of California suggests that catchphrases are more than just a passing annoyance - they play a very important role in forming memories, tying them to particular experiences in our lives.

Scientists have long known that music is able to evoke autobiographical memories, and that it is precisely the experiences related to musical pieces that people appreciate the most - explains the psychologist Petr Janata, co-author of the study. - What has not been investigated so far is how these memories are formed and become so long-lasting, so much so that listening to even a small piece of a certain song can trigger a strong re-enactment of the remembered experience.

(Read: Do you get goosebumps when you listen to music? Do you have a special brain!)

This new research offers a first glimpse into these complex mental mechanisms and, surprisingly, highlights that the songs that stay in our mind most effectively - the so-called 'catchphrases' - help the process of memory formation. This is the first study that connects two of the most common phenomena related to listening to music: catchphrases and the evocation of memories.

For this study, the researchers involved 31 people in three different experiments, each carried out weeks apart. Participants began by listening to a song they did not know and, a week later, they listened to it again, but this time in conjunction with scenes from films they did not know; only one movie had no background music. Subsequently, the volunteers were asked to remember as many details as possible of the various film clips that had been accompanied by music: the more the music was presented to them, the clearer and more accurate the memory became. So: the more often a certain melody is reproduced mentally by the brain, the more accurate the memory linked to that melody will be and the more details you will be able to remember. However - the scientists assure - even if the memory is not very clear, the effect of the catchphrase on the memory will be positive.

The anti mosquito tricks to remove them in the most effective and natural way, starting with odors ❯

add a comment of The catchphrases help to remember! The effects you don't expect on your memory of the songs that stick in your head