The blacklist of drugs that can cause depression 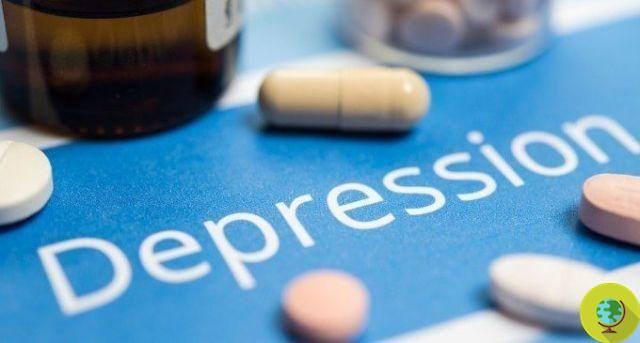 Certain drugs and, even worse, actual drug cocktails are capable of causing depressive states or instigating suicide in the long run.

Birth control pills or pain relievers, what do they have to do with depression? Open the package insert and pay attention: there are cases in which depression can be a concrete side effect. Common and often prescription drugs that, when taken consistently or at the same time, can cause this disorder or increase the risk of suicide.


This is the alarm that comes from a study by the University of Illinois, photographing a situation that in the States has reached the paradox: 15% of American adults who took 3 or more commonly used drugs at the same time were diagnosed with some form of depression. According to the study, 200 would be the medicines to be put under observation.

Therefore, not only traumatic events in the past, and not only genetic or biological causes, can also trigger depressionconstant use of certain drugs and, even worse, from theirs hiring at the same time.

There are more than 200 commonly prescribed drugs for several reasons, including birth control pills, proton pump inhibitors, antacids or analgesics, which in the leaflet report the potential risk of depression, or even of suicide, associated with their use.

The news about potential drugs does not calm down risk of suicideme, whose employment increased from 17 to 24%; the association of two or more of these drugs in the same period increased from 2 to 3%.

“People - says Professor Dima Qato, of the UIC College of Pharmacy - not only take these drugs more and more, but often take them in combination. However, few of these drugs have warning labels; this means that at the moment, being aware of the risks is left to the initiative of the patient and the doctor. Further targeted studies will certainly be needed to update the software on drug safety so as to recognize depression as one of the possible risks of drug interactions ".

This should allow specialists to quickly see if a patient is taking various medications that can increase these risks. Another possible clinical relapse will be to include the drug history in the screening for depression and in the diagnostic tools proposed by the US Preventive Services Task Force, especially in the case of treatment-refractory forms of depression.

“Depression - concludes Qato - is one of the main causes of disability in the US and suicide rates are increasing year by year; it is therefore necessary to rethink depression as a public health problem in an innovative way. This study demonstrates that it is necessary to consider the patterns of drug use in strategies aimed at eliminating, reducing or minimizing the impact of depression in daily life ”.

Here you will find the list of the 200 selected drugs.

The black list of drugs to avoid: they do more harm than good ❯