The Americans? They consume as much GMO food as they weigh 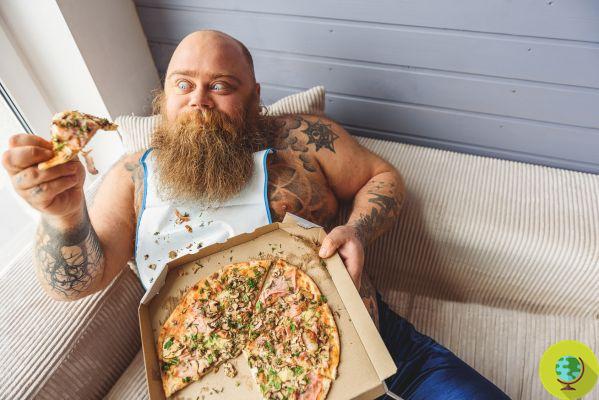 What would happen if GM crops and genetically modified foods normally arrive on our tables? It would be highly probable that a situation very similar to that of the United States would arise, where the foods on sale, unless they are certified as organic, and consequently free of GMOs, are for the most part obtained through the intervention of genetic engineering. .

What would happen if crops GM e genetically modified foods did they arrive on our tables normally? It would be highly probable that a situation very similar to that of the United States would arise, where the foods on sale, unless they are certified as organic, and consequently free of GMOs, are for the most part obtained through the intervention of genetic engineering. .

We are referring to both fruit and vegetables, but also to all those packaged foods that may have been obtained using ingredients from genetically modified crops. In the United States, this is pure normality. This is confirmed once again by a survey conducted by the Environmental Working Group (EWG), which complains, among other things, of the lack of transparency of the labels affixed to food products as regards their GMO content.

In order to quantify how many genetically engineered foods Americans consume each year, the EGW decided to take into account the data provided by the US Department of Agriculture (USDA) for 2011. to be precise four categories of food: sugar, corn-based sweeteners, seasoning oils and products derived from corn in general.

These data were combined with some percentages made available by the USDA, which indicated that the 95% of beets from sugar, 93% of soybeans and88% of more grown in the United States are genetically modified. 79% of the oil used by Americans in cooking is soybean oil, while 55% of the sugar consumed is obtained from beets.

The result? Americans consume on average about 87 kg of genetically modified food each annually and, considering that each American weighs an average of 81 kg, each individual consumes as much GMO food as they weigh, if not more. According to Renee Sharp, lead author of the survey, what should cause more concern is the fact that although the US population consumes genetically modified food in quantity, the government never thought of conducting a thorough study on the long-term effects of this. type of power supply.

The data collected by the experts reveal that every American consumes per year: 30 kg of sugar derived from beets, 26 kg of corn syrup, 17 kg of soybean oil and approximately 13 kg of corn products. To these quantities must be added other products which are derived from genetically modified ingredients, such as papaya, yellow squash, soy foods, canola oil and cottonseed oil.

Not to mention the additional concerns related to the cultivation of genetically modified foods, which concern how their spread has caused a huge increase in the use of pesticides in agriculture, as well as the emergence of weeds and insects strongly resistant to the action of pesticides and herbicides. The US situation is so worrying that every citizen, in order not to find himself consuming GMO foods, is obliged to buy organic products, in the hope that they have not suffered any contamination, given the wide spread of fields cultivated using genetically modified seeds.

Anti-inflammatories do not cure back pain. 10 tips to avoid postural pain ❯

add a comment of The Americans? They consume as much GMO food as they weigh