By now we know that food is not just nourishment but can also become a real medicine, obviously if we choose to put healthy food on the table. Among them are some mushrooms able, according to studies, to increase ours longevity.

The well-known mycologist Paul Stamets is even convinced that mushrooms can save the world. In fact, he describes them as "the great molecular disassemblers of nature", because they are able to transform decaying organic materials into nutrients for plants, trees, animals and humans. Furthermore, fungi produce antibiotics and have important potential in treating various diseases.

These foods are prebiotic, in fact they increase the beneficial bacteria of our intestinal bacterial flora, such as Acidophilus and Bifidobacterium, improving digestion and health in general. Mushrooms also have a strong nutritional impact, they are an interesting source of vitamin D, essential for the health of the immune system.

Recent research also shows how some varieties of mushrooms are excellent food sources of antioxidants, such as ergothioneine and glutathione. A diet rich in substances such as these protects against free radicals, helping the body to withstand normal oxidative stress that damages healthy cells, thus ensuring a greater longevity to our body.

Adding some mushrooms to our diet can therefore bring several benefits. A recent study, conducted at Pennsylvania State University's College of Medicine, tested eleven species of mushrooms to determine which varieties possessed the most strong antioxidant properties.

Of the 11 species tested, 7 mushrooms were found to have the strongest antioxidant constituents and also the best from a nutritional point of view.

Here are the following: 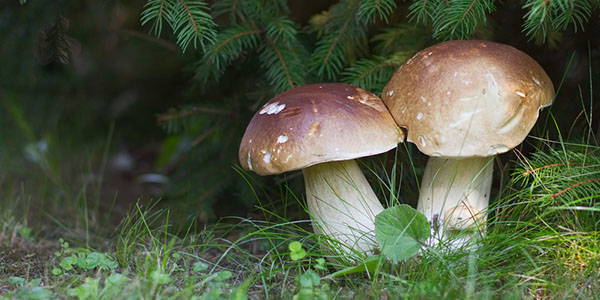 Porcini are large reddish-brown mushrooms with a cap that can reach up to 30 centimeters in diameter. Very popular in our kitchen, there are different kinds. They have a thick stem and are slightly sticky to the touch. These mushrooms grow from summer to autumn and are found for sale in specialized markets most of the year. If you are a lover of the collection of porcini you surely know that they grow in the lush undergrowth of pine, chestnut, hemlock and spruce forests. 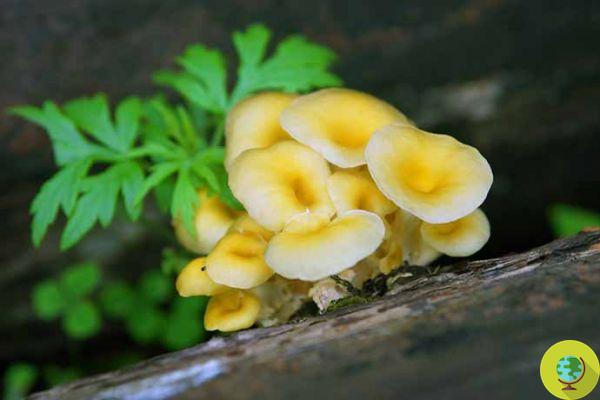 Golden Oyster mushrooms (Pleurotus citrinopileatus) are generally not harvested but cultivated and this can also be done at home. In fact, they grow easily, just use straw and compost. They have a characteristic golden color, they grow in clusters and their flavor is reminiscent of hazelnut and is slightly bitter. 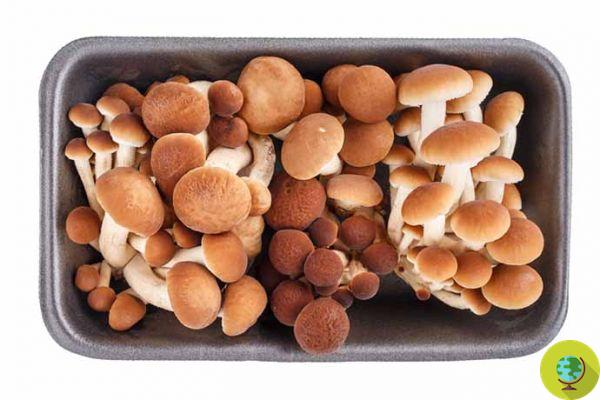 Pioppino mushrooms (Agrocybe aegerita), often called Velvet Pioppino in English, due to the brown color of their small caps, grow in clusters on long, sturdy stems above decaying trunks or at the base of trees. They are small in size (about 2 centimeters) and retain a solid consistency when cooked. They have a mild, slightly spicy flavor which makes them a popular choice in many recipes. 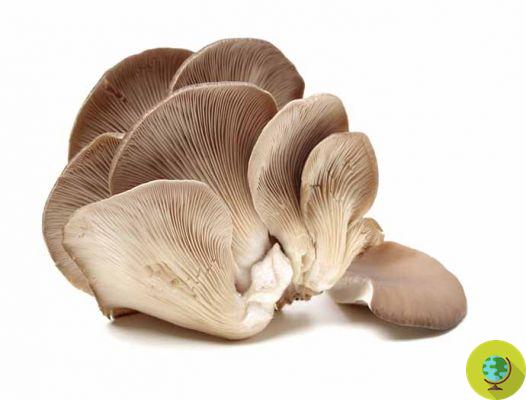 Mushrooms known as oyster mushroom, oyster mushroom or "sbrisa" are quite common and versatile in the kitchen. They grow mainly on decaying wood and have a slightly sweet smell, similar to that of anise. They are called “oysters” due to their similar appearance to that of marine creatures and are one of the few species of carnivorous fungi as they feed on small nematodes and bacteria. The colors range from green, to pink, to yellow, depending on the variety. 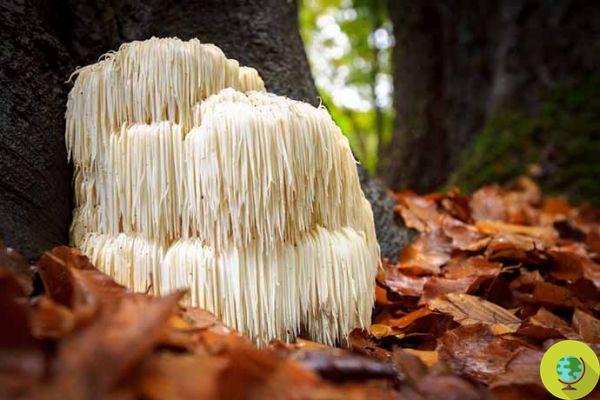 The Hericium Erinaceus mushroom, due to its shape, is called with very curious names between Lion's Mane (lion's mane) and Monkey's Head (monkey's head). This popular edible and medicinal mushroom has exceptional neuroprotective powers, thanks to its ability to stimulate the synthesis of the Nerve Growth Factor (NGF, a protein that plays an important role in the maintenance, survival and regeneration of neurons in the central and peripheral nervous system). . Known for improving memory and mood, theHericium Erinaceus It is a staple in traditional Chinese medicine and is also found in supplement form, in powder or tincture, in many health food stores. 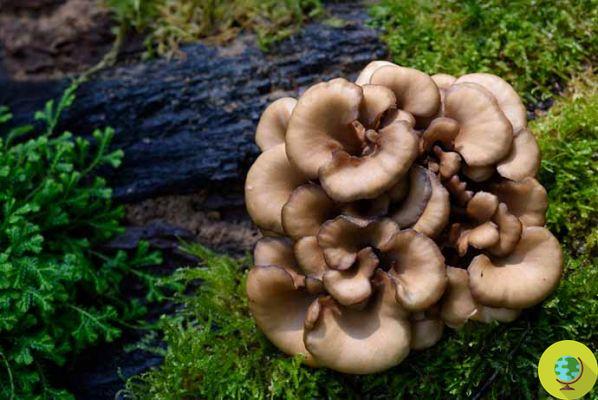 Maitake mushrooms are found in clusters at the base of oak trees and boast powerful anti-carcinogenic properties. They have colors ranging from white to brown, when cooked they are semi-solid and possess a slightly earthy flavor. Maitakes have been studied for a variety of health benefits, including controlling cholesterol and blood sugar. 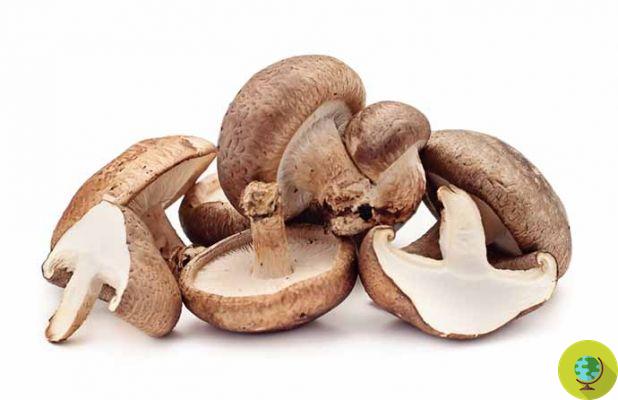 Shiitake mushrooms are one of the most popular mushrooms in the world and with good reason. Given their powerful medicinal properties, they have become a symbol of longevity especially in Asian cultures. These mushrooms can be eaten raw or cooked (they have a rich, earthy flavor) but are also found in powdered supplement form in herbal shops. Shiitakes grow in clusters on decaying trees and are also commonly grown for food and medicinal purposes. They have the classic umbrella shape and the colors vary from white to light brown.