That tick that turns vegetarians 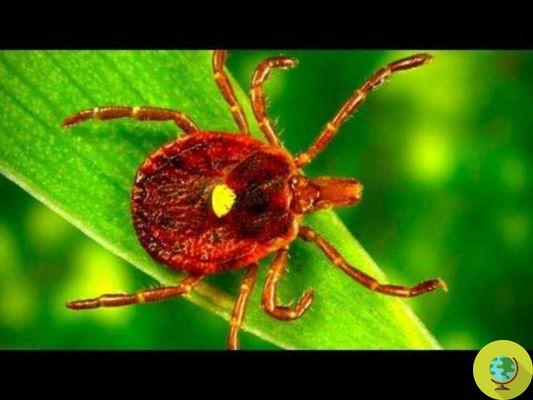 Becoming a vegetarian is considered an individual choice that can be made for ethical, environmental, health reasons or for a combination of them. However, it seems that, in recent times in the United States, some people have been forced to eliminate meat from their plate and become vegetarians overnight due to a tick bite, which would generate an immediate allergy to meat in humans.

Become Vegetarians it is considered an individual choice that can be made for ethical, environmental, health reasons or for a set of them. However, it seems that in recent times in the United States some people have been forced to eliminate the meat from your plate ea become vegetarians overnight due to the bite of a tick, which would generate in humans one immediate allergy to meat.

To report the news is AbcNews, which communicates how some researchers at the University of Virginia have hypothesized the presence in the saliva of a species of tick widespread in the area of ​​the East coast of the United States a substance capable of causing a real allergy to meat, forcing those who are stung by it to give it up. The causes of the phenomenon are still subject to assessment and verification studies.

What particularly amazes the experts is that i symptoms of the allergic reactions to meat by those who have been bitten by the tick would begin a few hours after the intake of the offending food, unlike what normally happens in the case of common allergies, whose symptoms are triggered immediately once the organism has come into contact with food capable of causing them.

Doctor Scott Commins, assistant professor of medicine at the University of Virginia based in Charlottesville, told reporters that those affected by the phenomenon would experience allergy symptoms in a period including between three and six hours from the intake of meat. Symptoms that have occurred so far can range from urticaria to anaphylactic shock. According to Commins, the tendency of patients would therefore be to avoid meat so as not to have to encounter unpleasant ailments.

Dr. Commins has already examined 400 cases of this type and in total in the United States, with particular reference to the East coast, the area where the mint would have its greatest diffusion, about 1000 would have been identified. 90% of the patients seen by Dr. Commins had a medical history behind them stating that they were aware of having received tick bites before.

It therefore seems that the association between tick bites and the onset of sudden allergies to meat may soon be completed, although at the moment it seems that the mechanism that allows the birth of a phenomenon so out of the ordinary with respect to allergies has not yet been identified. already known, which manifest themselves with immediate reactions on the part of the organism. Being the inhabitants of the United States among the major consumers of meat, many patients with allergy to it would be truly devastated by having to abandon one of their favorite foods at any moment, while others would be able to welcome the change.

That colony of bacteria that lives in our brains. The new study ❯

add a comment of That tick that turns vegetarians