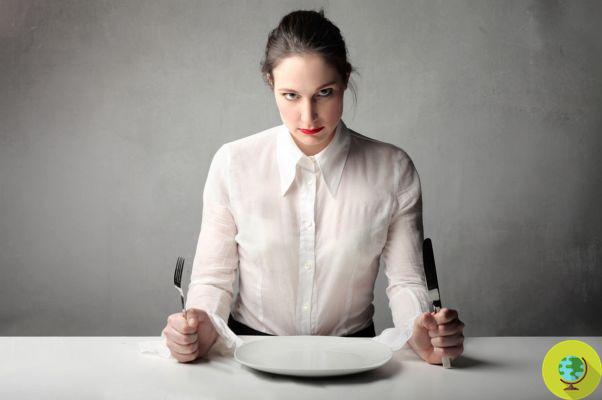 Science, with a new study, tells us why we should never make decisions on an empty stomach, in any area.

Never make important decisions on an empty stomach and if science says so, in addition to the various sayings, it is better to fill your belly and then think about what to do.


The study that investigated the difficult question, published in the journal Psychonomic Bulletin & Review, revealed that with an empty stomach it is better to avoid any kind of decision, not only related to food.

Because if it is known that going shopping hungry is a bad idea, since it is more difficult to resist the temptations of junk food, it was not yet known that it also affected other sectors.

But how did the researchers arrive at these results? By involving 50 participants in the study and asking them questions related to food, money and other reward-based topics. The same question was asked when they were hungry and when they were full.

On an empty stomach, most individuals, by answering questions relating to food, chose to have an immediate meal, even if it was not very substantial, rather than waiting longer for a more abundant one.

And when they had to answer questions about other forms of reward, the mechanism of choice remained the same: on an empty stomach, the individuals interviewed were more easily satisfied with immediate but less satisfying rewards.

For example, when it comes to prizes, hungry attendees usually chose smaller, hypothetical prizes awarded immediately, rather than larger prizes that required a little waiting.

As proof, according to the researchers, that hunger is capable of altering our choices, in any field, making us more impatient and less reasonable.

Being aware of this is not a trivial matter because it could help us avoid making important decisions while the stomach is gurgling, putting off for better moments!