That's why even if your child is 5, he should still take a nap every afternoon 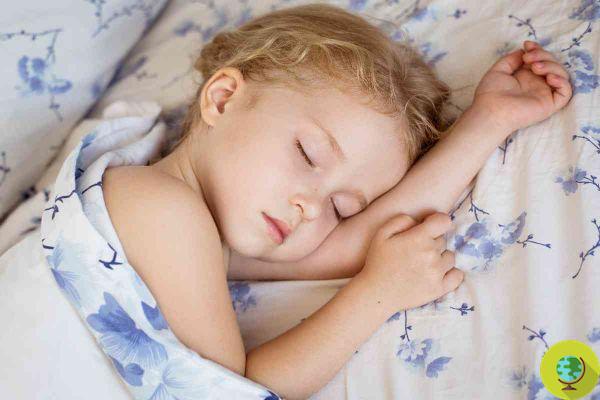 New research, which analyzed children's sleep, has highlighted how naps can improve understanding and learning skills, and literacy skills in preschool age.

The ability to map letters to sounds is considered an important indicator of the former literacy skills.


Previous research shows that kindergarten letter sound mapping is strongly associated with reading success, and some children subsequently diagnosed as dyslexic may show poor knowledge of letter sound in preschool.

However, there is little known research on the relationship between sleep, memory development, and literacy skills. (Read also: Sleep: how and how much to sleep. Tips for baby sleep)

A new study published in Child Development, provides initial evidence that daytime naps could be helpful in learning letter-sounding skills by preschoolers.

This study, therefore, provides initial evidence that naps could be useful for preschoolers' learning.

Scholars have stated that:

We found a positive effect of napping on children's learning, in particular, on using that knowledge to read unfamiliar words.

Thirty-two children between the ages of three and five from two nurseries in Sydney, Australia, who napped regularly, participated in the study.

Each child participated in seven sessions of two to four weeks, which included:

The authors recognize some limitations; in fact, because the study was conducted in nurseries rather than in a laboratory (to make the children more comfortable), they were unable to measure the physiological characteristics of sleep, such as rapid eye movements (REM), and how they relate to sleep benefits.

Hence, more analysis and study is needed, but current research provides initial evidence that naps facilitate the acquisition and application of letter sound mapping, skills that are crucial for early reading development.

add a comment of That's why even if your child is 5, he should still take a nap every afternoon