That colony of bacteria that lives in our brains. The new study 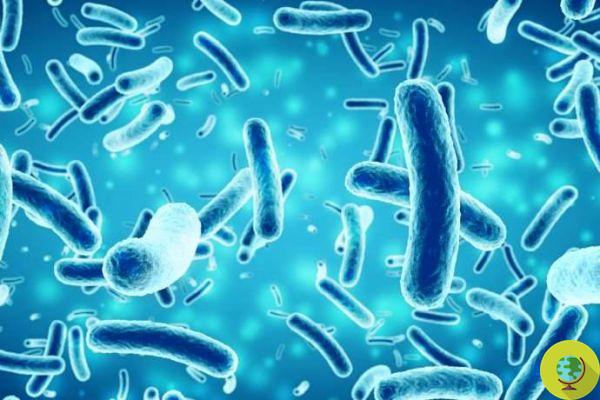 A colony of bacteria also in our brain? Possible and a new preliminary study attempts to understand it.

Bacteria could have a home in the most unlikely places, even in the human brain. The provisional result of a new research

The brain is one of the best protected organs in the human body, suspended in the cerebrospinal fluid and isolated from the bloodstream by the blood-brain barrier, which, in particular, acts effectively to protect the brain mass itself from circulating pathogens and is the reason why blood-borne brain infections are very rare (although not impossible). Simply put, the brain is a fortress.

That's why, of all places in the human body, the brain is the last part one would expect to find bacteria, yet this is exactly what the new preliminary study by scientists at the University of Alabama at Birmingham reports, which reported a provisional result at the annual meeting of the Society for Neuroscience: the presence of intestinal bacteria in the brain.

The gut microbiome has actually been shown to play a much larger role than expected, but what its role in the brain might be? To find an answer, UAB neuroanatomist Rosalinda Roberts analyzed post-mortem brain samples for evidence related to schizophrenia. About five years ago, Courtney Walker, then a graduate student in Roberts' lab, reported some unusual rod-shaped objects in these samples.

“We performed serial section analyzes for the identification and quantification of bacteria. The researchers explain. In all cases the brains contained it in variable quantities: the bacteria were rod-shaped and contained a capsule, a nucleoid, ribosomes and vacuoles ”.

Furthermore, the analysis revealed that the density of the bacteria varied according to the region of the brain (more abundant, for example, in the hippocampus and prefrontal cortex).

But where these bacteria came from is still unclear. What is certain is that even on the brains of non-deceased samples, other analyzes revealed the presence of a "brain microbiome".

Surely a lot of work will still be needed: as the researchers themselves point out, if there really is a microbiome in the brain, there is still a lot to study about it.

"There are still many questions to be answered - says Theodor Postolache psychiatrist at the University of Maryland in Baltimore. I'm not very surprised that other things can live in the brain, but if that were the case it would be truly revolutionary ”.

Those slavery-flavored prawns: adults and children forced into forced labor in Thailand ❯

add a comment of That colony of bacteria that lives in our brains. The new study