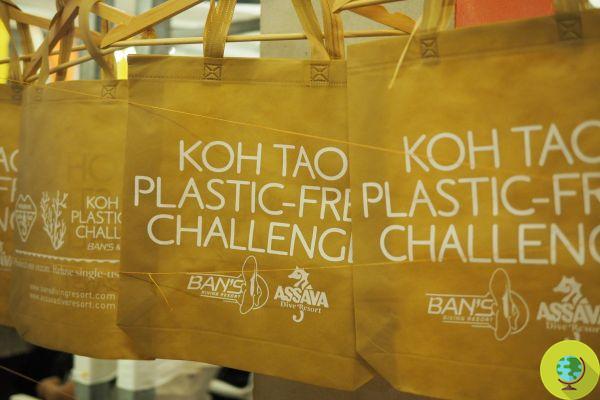 La Thailand the new year has started banning the use of plastic bags, a maneuver that aims to reduce waste.


Thailand is one of the largest producers of plastic waste globally, and many of this waste ends up abandoned in the environment, causing pollution and killing wildlife.

After several mammals and marine animals, including numerous turtles, were found dead with excessive amounts of plastic in their stomachs, the Thai government has therefore decided to eliminate the use of single-use plastic, starting with plastic bags.

The ban went into effect at the stroke of midnight on December 31 for large shopping malls and stores and it will also be extended to smaller stores starting from 2021.

Neighborhood markets and small shops in rural areas, which use 40% of plastic bags, will therefore still have a year to adapt, while in larger centers customers have already equipped themselves with reusable or biodegradable bags.

In addition to banning the bags, the Thai government has launched one for several months awareness campaign against the use of single-use plastic, censoring plastic bags from commercials and television programs with pixelated images, as happens with scenes of sex and violence, cigarette smoking and the use of alcohol.

The goal is to be able to make the use of plastic bags taboo and thus change consumer behavior, which is not easy. The prohibition has in fact raised not a few controversy, especially among older people.

“I will go to local markets because they still give plastic bags there”, protests Viroj Sinchairokekul, 63, for example.

It is not easy to get these people to change your habits, but in the last year, thanks to the campaign launched by the government, in Thailand there has been a reduction of plastic bags equal to almost 6 thousand tons.

It is therefore hoped that the new ban will lead to afurther reduction of waste so as to protect the environment, the life of animals and our health.