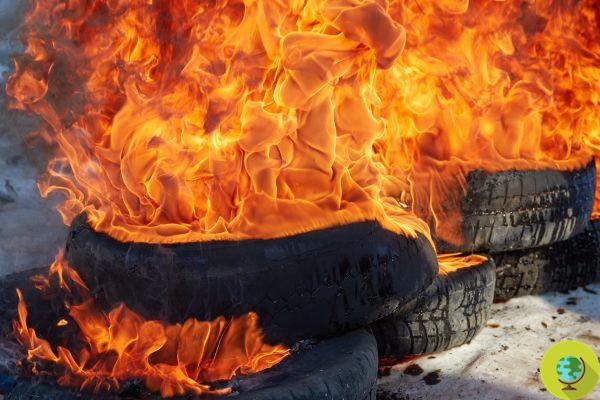 The results of the report on the Terra dei Fuochi of the Prosecutor's Office of Naples and ISS speak for themselves: tumors and leukemias are caused by waste

There is a close relationship between the many cases of tumors, leukemia and malformations that have occurred in recent years in the so-called "Land of Fires", and the presence of illegal and uncontrolled sites of toxic and dangerous waste. These are the results of the final report of the Naples North Public Prosecutor's Office born from the agreement of June 2016 with the Istituto Superiore di Sanità.


There is no longer any doubt (if anyone still had any): the increase in cases of some types of cancer but also congenital malformations and asthma in the Terra dei Fuochi are to be attributed to the illegal and reckless management of waste that has been made on the territory.

The results of the long-awaited report from the North Naples Prosecutor's Office were presented this morning in the presence of Luigi Riello, attorney general at the Naples Court of Appeal and Silvio Brusaferro, president of the Higher Institute of Health.

The situation had begun to be understood quite well already in 2016 when the Istituto Superiore di Sanità had published the Istisan Report which highlighted too many deaths and too many hospitalizations, especially among children and adolescents.

Read also: Land of fires: too many cancers, deaths and hospitalizations among children

The agreement between the Naples North Public Prosecutor's Office and the Istituto Superiore di Sanità dates back to 2016, from which the report was born, the final results of which were presented today. An agreement aimed at exchanging medical data and information on the resident population in the northern area of ​​the province of Naples and part of the province of Caserta.

In particular, the tumor incidence, the hospitalization rate for various pathologies (for which it is ascertained that exposure to pollutants is a risk factor) and the mortality rate were studied. In practice, we wanted to understand what was actually happening to the citizens of the area and to what extent the waste situation was affecting their health.

"breast cancer mortality and incidence is significantly higher among women in the municipalities included in the third and fourth class of the waste exposure indicator (higher level of risk from waste) compared to the municipalities of the first class, less impacted by waste ".

But that's not all yet, even thehospitalization for asthma is significantly higher (for both men and women) in the third and fourth class municipalities and, again in these municipalities, there is a percentage of preterm births very high.

It was therefore concluded that the results:

“Overall, they highlight a possible causal or concausal role of waste sites, in particular uncontrolled and illegal hazardous waste sites, including combustion, in the onset of these diseases. (…) The collection and analysis of health data from the various accredited information sources available made it possible to provide a picture of the state of health in the area in question, also highlighting the local situations that deserve specific attention. Some municipalities, in fact, have excesses of specific pathologies in terms of mortality, hospitalization, incidence of tumors, prevalence of congenital malformations and preterm or low weight births. For some pathologies a correlation with the risk of exposure to waste has been highlighted ".

What will be done to stem the situation? Brusaferro said in this regard:

“The survey highlighted critical issues relating to the impact of waste on health. This confirms the need for develop an epidemiological surveillance system integrated with environmental data in the entire area of ​​the Campania region and in particular in the provinces of Naples and Caserta, as well as in other contaminated areas of our country, in order to identify appropriate public health interventions, starting with environmental remediation actions. For all prevention and remediation actions, shared with the authorities and populations involved, the Istituto Superiore di Sanità is ready to collaborate with local and regional authorities and institutions ".

add a comment of Terra dei fuochi, the prosecutor's and ISS report confirms: tumors, leukemia and malformations are linked to waste