Take back over 10.000 packs of cookies and chips in Mexico as they are not compliant with regulations 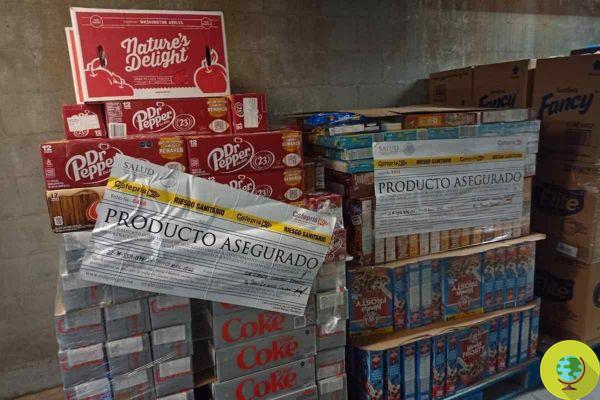 The Mexican government has detected a series of irregularities in over 10.000 domestic and imported products that are now "in detention" because they do not comply with the NOM-051 regulation and its amendments regarding labeling and incomplete nutrition declaration

A few days ago in Mexico, the Federal Commission for the Protection of Health Risks (Cofepris) and the Federal Consumer Protection Agency (Profeco) carried out a maxi food shrinkage as a precaution in four warehouses in Mexico City. Well-known foreign brands are involved, including Coca Cola, Cheetos, Doritos and Oreo.


10.075 national and imported products including biscuits, chips, popcorn, maple syrup and jelly candies that were found, following the controls ordered by the authorities, not in compliance with the NOM-051 standard and its modification for prepackaged foods and soft drinks which imposes the obligation to put "seals" on food packaging indicating unhealthy nutritional values, higher than normal, such as excessive amounts of sugar or fat in junk foods.

These seals are nothing more than alarm bells wanted by the law so that consumers are informed and aware of what the products they are about to buy contain, which is why these logos must be clearly visible.

All the withdrawn packages had irregularities in their labeling such as: omission of the seal of excess calories or sugars, omission of allergen legends and those associated with caffeine content, sweeteners and sweeteners, abrogated labeling.

Incorrect labeling is not only a serious health hazard for the consumer, but a deception for all customers who choose to buy one product rather than another, in accordance with what is read on the front or back of the packaging.

For this reason, Cofepris and Profeco have launched strict controls in many Mexican plants which have brought to light the flaws in the system. Products that attempted to circumvent the legislation were consequently blocked and withdrawn from the market, being a real scam to the detriment of customers' well-being and wallet.

In order to protect consumers and combat disinformation in the food sector, the two bodies invite you to report other irregularities.

Take back these washable masks - they contain a potentially carcinogenic substance ❯

add a comment of Take back over 10.000 packs of cookies and chips in Mexico as they are not compliant with regulations