Sweet sounds during sleep regenerate the brain and strengthen memory 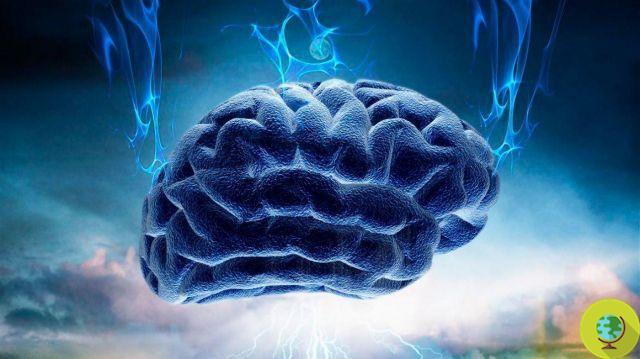 According to a new study, the so-called "pink sounds" are able to prolong the phase of deep sleep and consolidate memories.

Sweet sounds e Deep sleep: to regenerate the brain and strengthen your memory, just sleep with a background mild musical, capable of prolonging the phase of deep sleep and consolidating memories.


This is what emerged from a research conducted by the NorthWestern University of Chicago and published in Frontiers in Human Neuroscience, according to which the so-called "pink sounds" have a real beneficial effect, due to their ability to increase the phase of the deepest sleep.

READ also: INSOMNIA: YOGA TO SLEEP. THE EXERCISES TO DO

In short, like a lullaby, a gentle sound stimulation during sleep, as can be the sound of the water of a waterfall, can he boost memory up to triple its effectiveness. A quite important discovery because it could lead to a simply domestic use of this stimulation for enhance the memory especially of the elderly, whose duration of deep sleep is physiologically reduced and, consequently, the memory loses bumps.

OUR OFFICE - Experts have created an ad hoc instrument that emits pink sounds and then tested it on 13 over sixty, alternating it with a fake stimulation that instead emits no sounds. The instrument is automatically activated during the night in correspondence of deep sleep.

The results showed that, after one night of acoustic stimulation, the participants remembered much better the list of words they had read the night before. The scores obtained on the memory tests are tripled and this improvement corresponds to the prolongation of the phase of deep sleep.

"This is an innovative, simple and safe non-drug approach that can help improve brain health," says senior author Dr. Phyllis Zee, professor of neurology at Northwestern University Feinberg School of Medicine. It is also a potential tool to improve memory in older populations and mitigate normal age-related memory decline. "

READ also: HERE'S HOW MANY HOURS TO SLEEP AT EVERY AGE. THE CHART

In practice, sound stimulation lengthens the time of deep sleep, which, in turn, strengthens memories and is good for the memory. And, if you really don't have instruments that place the gentle sound of a waterfall in your room, here are some rules to rest as much as possible.

Superfoods to strengthen the immune system and fight colds and flu ❯