Superfood: Ulu, the fruit of the breadfruit will feed the world?

Breadfruit, the fruit of the breadfruit. We often hear about superfoods or superfoods, that is, foods that are particularly rich in fundamental nutrients and beneficial properties for health. Now the focus is on the fruit of the breadfruit. Breadfruit, also known as Ulu, is part of the Moraceae family, plants that grow wild in tropical Asia and Oceania.

We often hear about superfoods or superfoods, that is, foods particularly rich in basic nutrients and beneficial properties for health. Now the focus is on the fruit ofbread tree. The bread tree, also known by the name of great, is part of the Moraceae family, plants that grow wild in tropical Asia and Oceania.

The fruit of the breadfruit (Artocarpus altilis) has a light green rind and an almost completely white internal pulp. Its diameter is at least 10 centimeters, the shape is round or slightly elongated. Its name derives from the flavor, which would not remember at all that of a fruit, but which would be closer to the taste freshly baked bread o some potatoes.

Breadfruit grows in some tropical areas of the world, which include Hawaii, Samoa and the Caribbean. It is a food rich in carbohydrates and low in fat. It would hold by itself more potassium than 10 bananas. Due to its nutritional characteristics, the fruit of the breadfruit represents a staple food for local populations, especially in the so-called developing countries.

Will the Fruit of the Breadfruit Feed the World? To hypothesize it is the National Tropical Botanical Garden, according to which more than 80% of the world's starving population lives in tropical or subtropical regions, the perfect environment for cultivation and the growth of the breadfruit. These trees would be very easy to grow and secure harvests laden with fruit for decades.

It is also good to remember that the cultivation of new trees, especially if conducted in a sustainable way, represents the creation of new green lungs for our Planet. It would therefore be more advantageous from an environmental point of view to feed the peoples thanks to fruits that grow on trees, rather than expanding the land to be used for intensive agriculture by cutting down woods and forests.

Organizations like Global Breadfruit e Breadfruit Institute they therefore began to dedicate a extensive project to the cultivation of the bread tree in the areas of the world where the need to feed the population is greater. Whenever a breadfruit is planted, one is guaranteed new chance to get food.

The Breadfruit Institute has worked to reproduce new plants from Hawaiian breadfruit trees, which will be destined for the poorest areas of the world. The operation has already started in Haiti, where the new breadfruits are at least feeding 1000 children a day, thanks to the work of Trees That Feed Foundation. 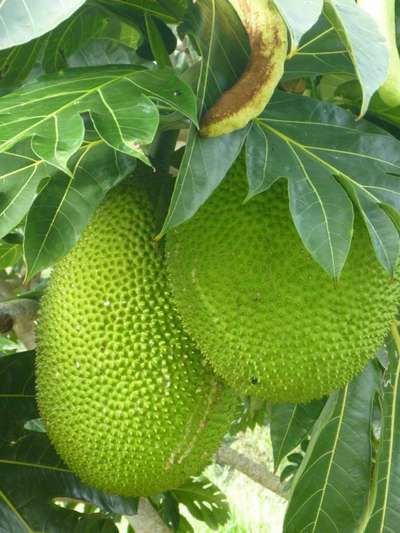 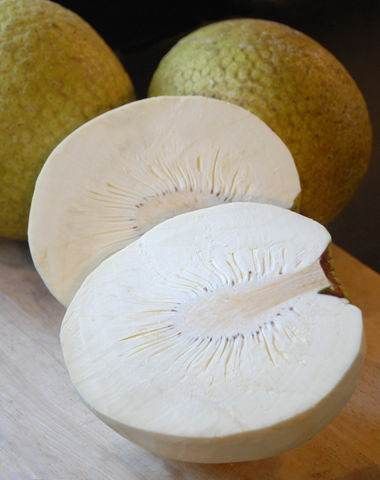 The food that for centuries has been the staple of the diet of the inhabitants of Hawaii and Polynesia could now contribute to feed the poorest in a sustainable way. The bread tree is a real gift from the Earth, as he remembers an ancient legend Hawaiian, according to which a deity named Ku had saved his family from starvation by burying himself and reborn as a fruit-bearing tree.

add a comment of Superfood: Ulu, the fruit of the breadfruit will feed the world?