Sun: there is an addiction to suntan 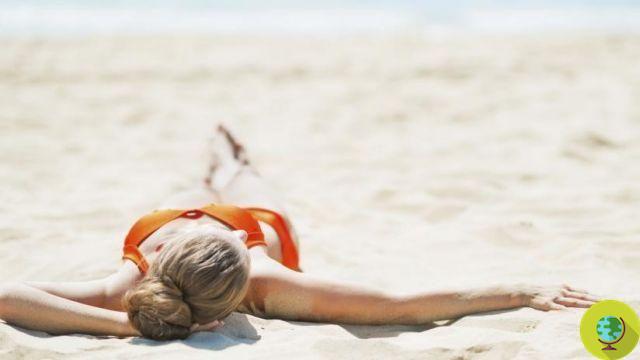 The mania for sunbathing is a real drug. This is supported by an American study that has seen how, following exposure to UV rays, endorphins are produced that give pleasure and create addiction.

We are usually addicted to coffee, cigarettes, sweets, etc. Well it seems that there is also the addiction to suntan, ithe sun it can become like a real drug which you can no longer do without. An American study says so.


The research, born from the collaboration between Massachusetts General Hospital and Harvard Medical School in Boston, was (unfortunately) conducted on an animal model. Scientists exposed a group of mice to ultraviolet rays for 6 weeks and noticed from the earliest days how the animals began to to produce endorphins, also known as the "pleasure hormones".

It would be precisely because of the release of these substances that the sun would therefore become a real drug and this would also explain theinstinct that most people own regularly expose yourself to the sun (at least when there is) and the ability this has to give us energy and make us feel good.

Endorphins are addictive and the researchers were able to note that the mice, no longer exposed to UV rays, showed all the signs of what is called withdrawal symptoms.

"It is surprising that we are genetically programmed to become addicted to something that is dangerous to our health such as UV rays, which are probably the most common carcinogen in the world," commented David Fisher, lead author of the study. both the fact that UV rays stimulate the skin's production of vitamin D ”.

Perhaps Dr. Fisher forgets that, even if a reckless and prolonged exposure to rays can cause serious damage to our body, the sun is essential for our well-being. So it doesn't surprise me so much to discover that we have an innate instinct that drives us to enjoy it. The important thing, as in all things, is not to overdo it!

- Vitamin D: from the sun, well-being for bones and brain
-Vitamin D: the importance of the sun and the myths to dispel-The Sun: a powerful and free natural medicine - “The code of light: feeding and healing with the Sun” by Daniel Lumera

add a comment of Sun: there is an addiction to suntan