Sun creams: beware of this dangerous substance, found in 95 products by a German investigation

In several solar there is a controversial filter, octocrylene, potentially dangerous as it degrades into benzophenone. German authorities tested and measured the presence of this contaminant in 170 creams, sun sprays and lip protectors


The German authorities, aware of the transformation that octocrylene undergoes within sunscreens, have decided to measure and test the quantity of benzophenone in some products.

As their survey reads:

The octocrylene organic UV filter, used in numerous cosmetic products for UV protection, may contain benzophenone as an impurity or degrade to benzophenone over time. It is currently being investigated whether benzophenone is potentially carcinogenic to humans.

Regarding octocrylene, the EU regulation on cosmetics establishes that it can be used in products as a UV filter in concentrations up to 10%. However, benzophenone cannot be used but is tolerated as an impurity of the approved UV filter, namely octocrylene.

As the German authorities recall:

The Scientific Committee on Consumer Safety (SCCS) confirmed the safety of octocrylene in this application area in a statement last year. In this statement, the SCCS continues to demand that benzophenone levels be monitored and maintained at trace levels. It is not defined which traces of benzophenone should be observed from a toxicological point of view. Octocrylene raw materials with a maximum benzophenone content of 200 mg / kg are available on the market; at an application concentration of 10%, this results in a benzophenone content of 20 mg / kg in the final product.

The sunscreens that contained octocrylene all - none excluded - also presented traces of benzophenone, in varying levels (between 5 mg / kg to 5130 mg / kg).

Experts divided the samples according to the content of this contaminant into:

As the experts write:

Examination of 95 cosmetic products shows that most of the products contain levels below 50 mg / kg; however, some products are distinguished by their very high benzophenone content.

It is also specified that:

In 90% of the samples, the benzophenone content was less than 196 mg / kg, 10% was above this value, known as the 90% percentile. This 90% percentile defines the control limit; for higher levels, we ask the responsible person to submit the safety report. 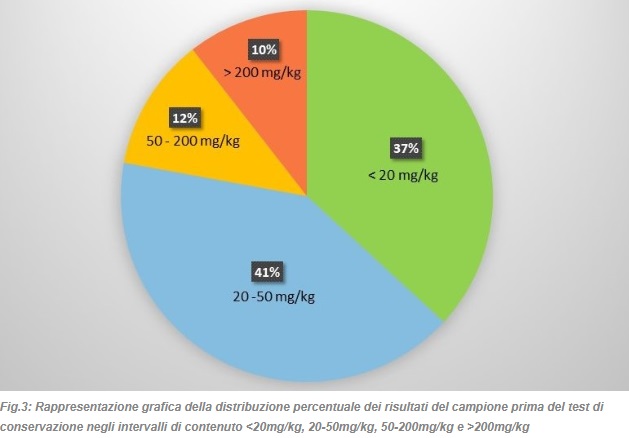 After approximately 6 months, the CVUA Karlsruhe re-examined all the samples for benzophenone by finding that:

41 mg / kg of benzophenone was the mean of the data distribution. Ten samples had benzophenone levels above the 90th percentile of 322 mg / kg.

In practice, the results confirmed that benzophenone - as in fact it was already known - increases over time. All the more reason not to reuse the sun creams that contain it and that we bought in the previous season.

As the German experts write:

Consumers are advised not to use sunscreen products after their shelf life has expired. To carry out their protective effect from UV rays, organic UV filters are reactive substances that can alter or degrade during storage. If the product no longer provides the desired UV protection, the resulting skin damage is certainly the greatest health risk.

How to defend yourself

The ideal would be do not buy cosmetics that contain octocrylene whether they are sprays or sunscreens (benzophenone levels can be high in both cases).

From the labels, in fact, it is not possible to know whether or not benzophenone has already formed within that product, since it is an ingredient that is formed by degradation of the UV filter.

The Environmental Working Group (Ewg) promotes mineral sunscreens, zinc oxide and titanium dioxide, so we could choose sunscreens that contain so-called "physical filters". Read also: Sun creams, the list of the most effective and safe for adults and children (and the dangerous ingredients to avoid)

add a comment of Sun creams: beware of this dangerous substance, found in 95 products by a German investigation