Sukrin: the new calorie-free natural sweetener with a 0 glycemic index

A new natural sweetener calorie-free and with zero glycemic index. The newest alternative to sugar and artificial sweeteners is called Sukrin and was presented in Bologna on the occasion of Sana 2013. It is suitable for diabetics and to those who want to keep fit without giving up sweetening food and drinks.

Sukrin is a sweetener made from 100% natural ingredients, Such as'erythritol, a fruit sugar present in pears, melons and mushrooms. It is produced through a process of natural fermentation. It is free of additives and GMOs. The body is unable to use it for energy, so it expels it completely after taking it.

It is a product very similar to sugar from the point of view of flavor and consistency. In fact, it maintains 75% of its sweetening power, as well as a similar structure, formed by grains. Unlike sugar, however, Sukrin does not alter the levels of the glycemia and it is not a source of calories. It does not stimulate the production of insulin and it is not transformed into sugars by the body.

The product owns antioxidant properties and helps protect blood vessels. It can be used not only by diabetics, but also by women who suffer from candidiasis (the elimination of sugar is often recommended to stem the problem). It does not cause the birth of fungi and bacteria, it does not ferment and helps to improve the teeth health, hindering the formation of the caries. In fact, erythritol is not converted into acids by the bacteria present in the mouth. It is suitable for those who are intolerant to fructose, since it is devoid of it.

Sukrin natural sweetener is available both in grains and by bike, so that it can be used both to sweeten drinks and to decorate fruit, to prepare jams and baked desserts, as well as for all foods prepared on the stove. 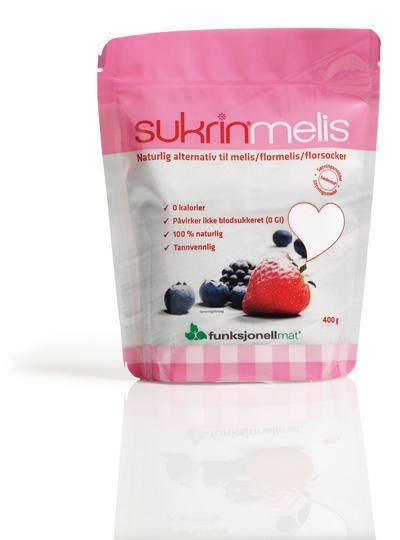 Where to buy Sukrin? The new natural sweetener is produced in Europe, is certified gmo free and is now being distributed throughout Italy and at organic food shops, pharmacies and parapharmacies.

It can also be purchased online on the website www.sukrin.com. As often happens with new products, the price of the product is not among the most convenient. Certainly, it is white sugar it is much less expensive, but it must be considered that a low price corresponds to a sweetener that is as widespread and cheap as it is of poor quality.

Sunions: the new onion that doesn't make you cry when you cut it ❯

add a comment of Sukrin: the new calorie-free natural sweetener with a 0 glycemic index