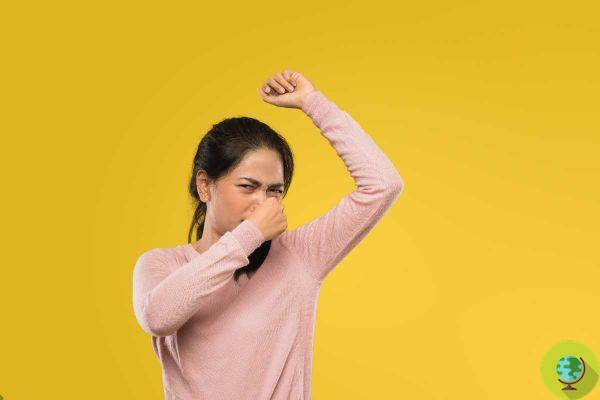 A new study has identified how olfactory receptors work, and why some people smell bad while others are less sensitive.

Body odor, as well as the it stinks of sweat, it's often hard to ignore, but some scientists have shed light on how our noses pick up the stench. While different scents can be highly evocative, only a fraction of our roughly 400 odor receptors have been shown to be involved in the perception of specific odors, which is why some people are more sensitive to certain scents. (Read also: It stinks as a health warning: 5 bad body odors you shouldn't underestimate)

According to scholars, the way of acting of the gods is still unknown olfactory receptors, and how they interact with each other to encode olfactory perceptions. Among those that have been discovered are receptors linked to the perception of cis-3-hexen-1-ol, a chemical that smells like freshly cut grass, and androstenone, a steroid hormone which smells of urine and sandalwood, or is odorless depending on the genetic makeup of the individual.

Among the smells were galaxolide, a synthetic musk, and 3M2H, one of about 120 chemicals that make up body odor. The team then combined the results with a 'whole genome analysis of each participant.

The results confirmed the previously discovered associations between perception, including intensity, and genetic variants for specific odor receptors for three out of four of the perfumes, including androstenone. The team, however, also found genetic variants linked to the musky odor perception of galaxolide and 3M2H, allowing them to identify odor receptors involved in detecting these scents in humans for the first time.

According to the findings, many participants, with two copies of a particular genetic variant for an odor receptor, were unable to smell galaxolide, suggesting that only a single receptor was involved in its detection. These results could, at least in theory, have practical applications in the development of personal hygiene products, for example in blocking the perception of bad smells.

In conclusion, the study provided a scientific basis that some people by genetics are more sensitive to certain smells, and this can affect whether the smell seems pleasant or unpleasant.