Stroke: The risk increases if you have frequent memory loss 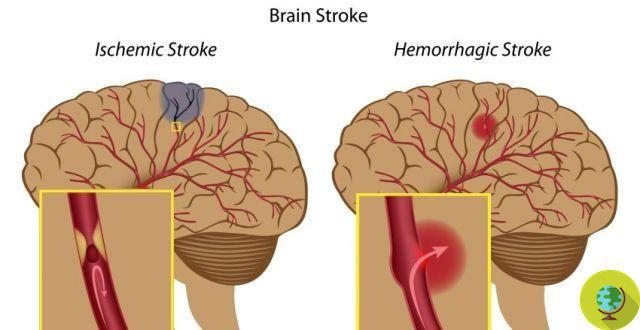 It seems that the memory lapses are the signal of a possible stroke, especially in people with a high level of education


I memory lapses in more educated people they do not lay well. In fact, it seems that the momentary loss of the ability to remember is a signal of a possible hit, especially in people with a high level of education.

"Studies have shown that stroke causes severe memory deficiencies", says Arfan Ikram. “Given the underlying vascular pathology, we asked ourselves the reverse question: does reporting mnemonic insufficiency indicate an increased risk of stroke?”.

THE EXPERIMENT - 9.152 volunteers aged 55 and over participated in the study. Each participant had to fill in a questionnaire relating to their personal mnemonic experiences. During the experiment, started in 2012, 1.134 strokes occurred, of which 663 were ischemic, 99 hemorrhagic and 372 unspecified.

Cases in which memory lapses occurred were associated with a greater risk of incurring an ischemic event and equally for both men and women. Furthermore, those who presented this problem also showed a 39% higher risk if they demonstrated a higher level of education. The finding is comparable to the association between subjective memory impairment and Alzheimer's disease in highly educated people.

"Given the role of education in detecting memory insufficiency, we studied the same association, but in three distinct groups: low education, middle school, and high education," explained Ikram. “We found that the association with stroke was strongest among people with the highest levels of education. In case of future research, we can confirm the outcome. So I would like to consider whether people who complain about changes in their memory should be considered primary targets for further risk assessment and stroke prevention. "

According to Ikram, with more than 95% of the study participants being Caucasian but residing in Rotterdam, future studies should include groups of different racial backgrounds.

Stroke: it is prevented with fruit and vegetables ❯

add a comment of Stroke: The risk increases if you have frequent memory loss