Stroke is prevented with foods rich in magnesium 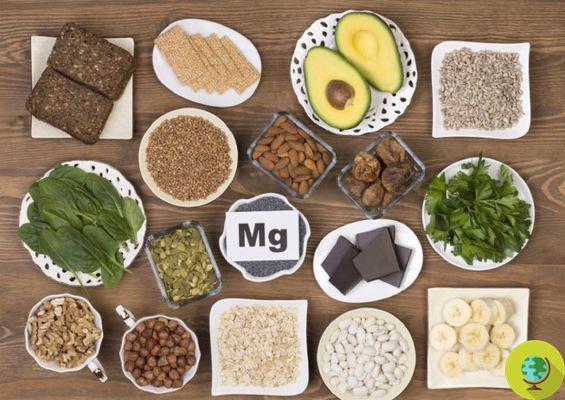 Stroke is also prevented at the dinner table by eating foods rich in magnesium such as vegetables, beans, bran and nuts.

Me toostroke it is prevented at the table, by eating foods rich in magnesium as Vgreens, beans, bran and nuts.


According to a study conducted by the Swedish Institute Karolinska of Stockholm, and published in the American Journal of Clinical Nutrition, those who regularly eat foods rich in magnesium have a lower risk of suffering a stroke and cardiovascular diseases.
This does not mean, however, that it is necessary to take supplements (which among other things inhibit the complete assimilation of magnesium by the body), but only foods rich in this substance; among them: vegetables, nuts, bran and beans.

"The intake of magnesium in the diet - said Susanna Larsson, professor at the Karolinska Institute and coordinator of the survey - is inversely associated with the risk of stroke, in particular of ischemic stroke".

In short, the more our diet is rich in magnesium, the less we will be subject to stroke.

The authors of the study arrived at these conclusions using cross-analysis of several publications over the past 45 years. During this period more than 250.000 people in various countries of the world. In the United States, Europe and Asia, patients were followed for an average of 11,5 years and of these 3% (or approximately 6500) had a stroke over time.

From the analysis of these people, in summary, it emerged that each 100 milligrams of magnesium taken daily, the risk of stroke decreases by as much as 9%.