Stress: humor is a training ground for the brain


Train your mind, folks, by practicing a little healthy humor! With a little more sense of humor, you can earn your serenity. Smile and smile more, be pranksters. Even on a cold and rainy Monday afternoon.

To say it is Scott Weems, researcher of the University of Maryland and author of the new book “Ah! The science of when we laugh and why ”, which reports some research on the subject highlighting how humor is able to increase our strength in the face of life's challenges and our mental flexibility. And not only. Humor would also be capable of preparing the mind for sudden stressful events.

In short, humor is a form of exercise, a way of keeping the brain busy, and the mental exercise of knowing how to laugh it's good for us as much as a run or a nice tennis match.

RESEARCH - It was only 1976 when a study conducted by Avner Ziv of Tel Aviv University revealed that people who had listened to a recording of a comedy before taking a creativity test had performed 20% better than those who were not. been subjected to this operation before. As in 1987, at the University of Maryland, "researchers found that watching a comedy more than doubles our ability to solve puzzles," such as explains Weems on the pages of the Wall Street Journal.

And not only that: "Research published in 1998 by psychologist Heather Belanger of the College of William and Mary also suggests that humor improves our ability to mentally rotate imaginary objects in our heads, a fundamental test for spatial reasoning skills", read more Weems.

Finally, an experiment done in 2000 at the University of North Carolina by psychologist Arnold Cann involved some participants in looking at a comedy lasting a quarter of an hour only before attending the screening of a film containing much more bloody scenes. Well, the study then showed that the psychological stress generated by the cruder film was considerably lessened by the comedy seen previously. 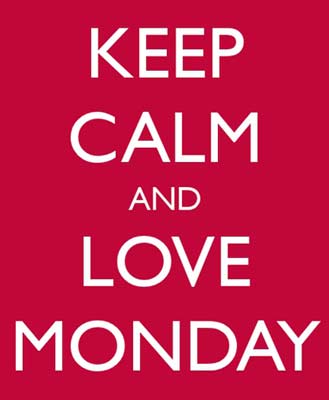 The message is then clear: the sense of humor, to be considered anything but superficial, arises from a conflict of the brain and also strengthens the immune system.

"Like spinning sessions or a run in parks, humor engages brain connections and gives them more strength and processing capacity, is a key element of so-called spatial thinking ability," Weems says on the Wall. "It is very good for the brain from giggles under the mustache to big laughs of taste."

But is any kind of humor good for you? The scientist says no. The sarcasm, for example, it indicates a tendency towards depression and self-punishment. An attitude of mockery rather than humor towards life is much more unhealthy, especially when it is based on constant self-punishment (like the famous phrase by Rodney Dangerfield: “My wife and I were happy for 20 years, then we met "). According to Nicholas Kuiper of the University of Western Ontario, whom Scott Weems cites in the text, people who resort to this type of humor experience higher rates of depression than their peers, with greater anxiety and low self-esteem.
In short, witty and ironic is fine: a laugh and taking life with humor is the perfect recipe to shake off the negativity!

- How to manage stress and relax in 7 steps

Stress: in middle-aged women the risk of dementia increases ❯

add a comment of Stress: humor is a training ground for the brain