Stolen disinfectants and face masks from the child oncology ward. Coronavirus is also a "delirium" in Berlin 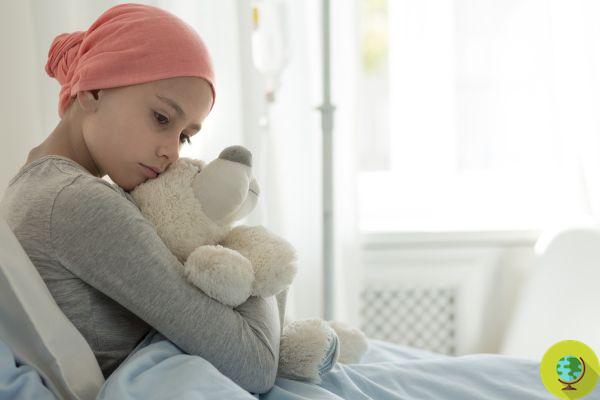 Disinfectants and masks were stolen from the pediatric oncology ward in a Berlin hospital. It also happened in other German cities

This is one of those news that we also struggle to give you. Yes, it has to do with the coronavirus. No, we are not giving other numbers on infections, healings and victims. It is a sad story that comes from civilian Germany, where in a pediatric hospital, from the ward of oncology have been stolen disinfectants, gloves and other sterile material.


A gesture of looting that makes you shiver. If it is true that in our country disinfectants have been sold in large quantities and are no longer found on the shelves of supermarkets and pharmacies, it is no better in Northern Europe, in Germany, for example, where in order to have some you steal. even in hospitals that treat children with cancer.

It happened in Berlin, taken the Virchow Clinic, theUniversity Hospital of the Charité where thieves have touched the bottom of the human abyss. They entered the hospital walls and took away disinfectants, respirators and even protective suits, masks and gloves.

They were also the dispensers emptied of disinfectants present in public areas of the hospital and in the emergency room.

A spokesperson for the clinic confirmed the news, explaining that new measures have been taken to prevent similar situations from happening again:

"Internal precautions have been taken to prevent this from happening again."

Now, both visitors and employees will be screened as they leave the hospital.

"We will no longer refill disinfectants in public areas," the spokesman said.

Unfortunately, this is not the only hospital where disinfectants and masks have been stolen. It also happened at the Schleswig-Holstein University Medical Center in Kiel and Lübeck. Thefts are also reported by the University of Münster and Hamburg Clinics.

"This is not a bottle or two, but a significant amount," press spokesman Oliver Grieve told SPIEGEL.

The race for disinfectants triggered by the psychosis linked to the contagion has largely got out of hand, to the detriment of the health of the little ones, children with cancer. Where children and their families struggle against death every day and deserve compassion and support, there are those who have even had the courage to to steal.

Rosehip: properties, benefits and uses as a natural remedy ❯

add a comment of Stolen disinfectants and face masks from the child oncology ward. Coronavirus is also a "delirium" in Berlin