Stimulating the vagus nerve can be life-changing for stroke patients. I study

Stimulating the vagus nerve can really make a difference and significantly improve arm impairment and function in people with ischemic stroke. The study, led by a team led by the University of Glasgow (UK), has already applied for authorization of the therapy in the US and Europe.


Weakness in the arms and long-term loss of upper limb function is common after an ischemic stroke. Rehabilitation therapy currently consists of a targeted physiotherapy activity which in many cases is of great help even if not always completely decisive.

In fact, around 80% of people with acute stroke have arm weakness and up to 50% - 60% still have persistent problems six months later despite intense physical therapy, the best treatment option at this time.

However, researchers have now shown that a two to three times greater improvement if you stimulate the  vagus nerve with a dedicated implant (Vagus Nerve Stimulation, VSN) in combination with the same physiotherapy, compared to the use of this activity alone.

The study looked at 108 people in the United States and the United Kingdom with moderate to severe arm problems, half of whom received combination treatment, while the other half received physiotherapy alone.

VNS involves a implant surgery and, once implanted, the device stimulates the vagus nerve, which connects with areas of the brain responsible for releasing important neuromodulators and chemicals which, combined with physical therapy, help the brain “relearn” movements. Stimulation takes place on the left side of the neck during rehabilitation. 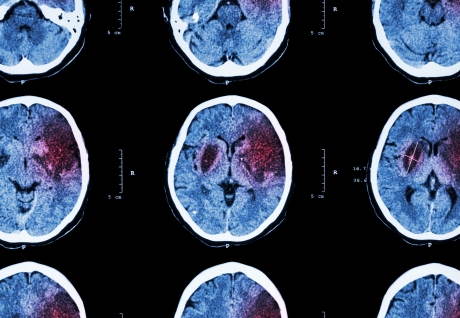 After 6 weeks of outpatient therapy and an additional 90 days of home therapy, 47% of people in the VNS group showed a clinically significant response compared with 24% in the control group. People who received VNS also showed improvement over the control group in quality of life and in carrying out daily activities.

This is the first study to find clinically and statistically significant effects of neuromodulation therapy for people with weakness in the arms and hands after a stroke - explains Jesse Dawson, who led the study - We found an improvement for the VNS group compared to to check both in terms of impairment and functional outcomes. Notably, the clinically significant response rate doubled with VNS for both parameters. Importantly, the VNS does not work alone, but adds to the effect of intensive rehabilitation

Following the publication of the work last April, efforts are now underway to obtain the marketing authorizations of the device and the consequent treatment both in the USA and in Europe.

The work was published in The Lancet.

Sources of reference: University of Glasgow / The Lancet

add a comment of Stimulating the vagus nerve can be life-changing for stroke patients. I study