There is a plant in nature that is a real natural zero-calorie sweetener that represents a concrete alternative to refined industrial sugar.

There is a plant in nature, the stevia, which is a real one zero calorie natural sweetener Not everyone knows, in fact, that it is modern industrial sugar it is not only bad for diabetics, atherosclerosis or people with cardiovascular disease, but it hurts to everyone! The sweet white powder that is taken on a regular basis all over the world is, in fact, highly toxic and its continuous intake can lead to physical and psychological damage and obviously a strong addiction.


The processing that makes the beet final product is incredibly "refined" enough to make it change color through chemical dyes, steal vital substances and vitamins. Furthermore, to do digest this substance synthetic that has nothing natural about it, the our body is forced to be stolen massive doses of mineral salts to be able to assimilate it with the consequent weakening of the body. Unfortunately, however, the harmful nature of this substance does not come publicly as it would KO the entire sugar industry of the multinationals that produce it.

Un book to read, in order to better understand how sweet sugar is only in appearance, it is "Sugar Blues - Sugar Sickness" by William Duffy. A work that is a real manifesto of denunciation able to make us see with other eyes what is actually behind the production of this widespread sweetener which, according to the author, “kills us gently”.

La Stevia rebaudiana, on the other hand, it is a small herbaceous-shrub plant, native to the mountains between Paraguay and Brazil which, unlike refined white sugar, is completely natural which could represent the ideal solution, especially for diabetics and obese. Stevia in its natural form, moreover, is approx 10/15 times sweeter than normal "Table sugar" and, if extracted from the leaves, it even increases its sweetening value from 70 to 400 times. Without too many words is, therefore, the most powerful natural sweetener in the world.

You are wondering, very presumably, why you have never heard of it before? Very simple, because its selling in Europe is illegal! In 1999 the WHO Commission on Food Additives and Scientific Committee for Food of the European Union, reported the dangers of stevia as a food additive, since one of its metabolites, it steviolo, was found to be carcinogenic. Consequently in February 2000 the European Commission, following the opinions of the Scientific Committee for Food - SCF, decided that the Stevia rebaudiana (plant and dry extracts) cannot be placed on the market as a food or as a food additive.
In 2004 a group of Belgian researchers organized a international symposium on the safety of stevioside in which its carcinogenicity has been denied, also because this substance would not be absorbed directly from the intestine, but degraded by the colon bacteria to steviol and largely eliminated in the urine. Especially since the food intake doses are infinitely lower than those used by the studies. By examining the data available from countries that also use it as an infusion, FAO and WHO have thus established a maximum daily dose of 2 mg/kg body weight of steviolo. This limit, in the FAO study, has a safety factor of 200, that is, it is 200 times lower than the quantities assimilated without risk by the study subjects.

Assuming, therefore, we could easily deduce that a free sweetener, cheap and completely without contraindications it would damage a large share of the global market. Consequently, moreover, the expensive pharmaceutical industry would find much less work to do. The main characteristics of stevia are in fact very surprising:

In short, it is quite clear how much less "work" could create its free trade. Forbidding itInstead, the chemical multinationals they will have an enemy in less and we - simply - a few more diseases.

In the United States fortunately, after a long battle, si managed to obtain authorization by the Food and Drug Administration. Although it is only allowed to be used as a dietary supplement and not as a natural ingredient or additive, the consumption of stevia it is increasing considerably. In the old continent, at least, yours cultivation is not outlawed and therefore by going to specific American sites (www.stevia.net) or going to a country that does not belong to the European Union (such as neighboring Switzerland) it can be bought, imported and grown liberally. 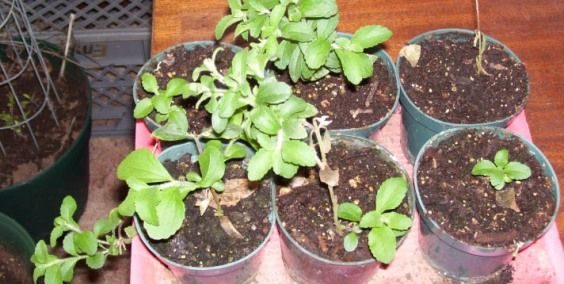 Il cost of a stevia plant is approximately equal to dollars 3 and it is so adaptable that it can be done to grow up a little everywhere, even in yours balcony of the house. As long as it is provided with ample amounts of moisture and sunlight. The soil for potted plants should be a mixture of blonde peat and dark peat (ratio 60% and 40%), with the addition of an inert element (pumice, crumbled expanded polystyrene etc ...) to allow a good root drainage.

The pH value should be around 6-7. Stevia has one growth and very fast photosynthesis, therefore a good one natural fertilizer it is almost indispensable, since for its correct use it is very important that it produces very large leaves. There collection is recommended in late autumn and it too is very simple. In fact, it is only necessary to cut the branches and then remove the leaves. Once this is done, put them to dry by pairing them in bunches. Arriving at the moment of perfect drying, all that remains is to crumble them finely (to do this operation a normal kitchen mixer is fine) and store them by putting them in a hermetically sealed glass jar. From now on you can use stevia and its sweetening qualities where, how and when you want. 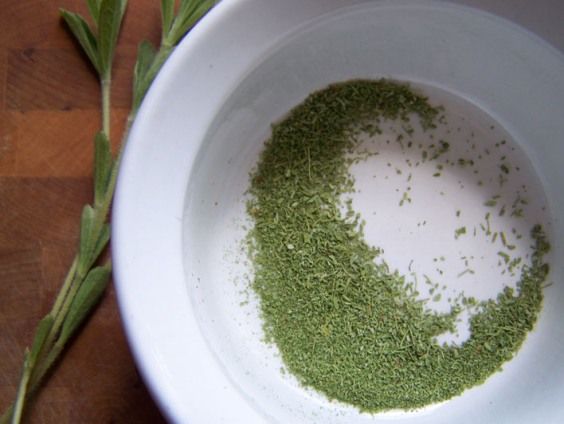 It is also possible to transform the stevia in liquid extract. The procedure, in this case, is a little more elaborate, but nothing impossible. Put the fresh or dried leaves in a liter of alcohol at 95 ° and let it macerate for 12 days (or 15 if you have opted for fresh leaves); then just filter the solution and dilute the alcohol by adding water in the proportion of ½ liter of water per liter of alcohol. If the liquid extract tastes too much of alcohol, you can heat the solution over a low heat so that it evaporates. By obtaining this compound you can use it in the same way as the powder one. 15 ml of extract are equal to the sweetening power of about 1kg of sugar e 1 drop equals about 1,5 teaspoons of sugar… Always remembering that his calorie contribution is zero! 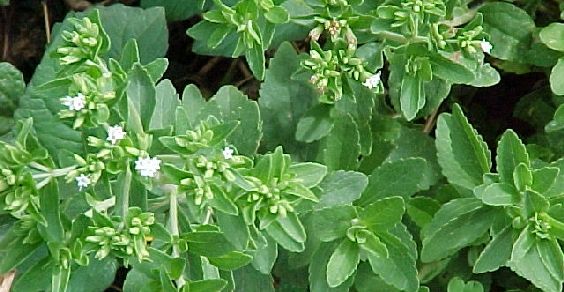 Finally, we also suggest you try making one grappa. You need a liter of white grappa at 40 ° and about 50 stevia leaves that will be inserted into the bottle and left to soak for 30 days. At this point, filter everything, letting the grappa rest for a further 30 days before drinking it.

La stevia it's a natural sweetener easy to grow and consume that doesn't hurt if not for multinationals. But as they say… just a little bit of… stevia and the pill goes down!

add a comment of Stevia: the natural sweetener alternative to zero-calorie sugar