Stevia: the EU gives the green light to its use as a natural sweetener

The European Commission has finally given the green light for the use and marketing of Stevia in the Member States. Some multinationals, including Coca Cola, are already thinking of replacing it with artificial products

The use of has also been authorized in the countries of the European Union Stevia. Beloved by many, this plant, coming from South America, is 300 times more powerful than the sucrose and it is a real natural sweetener with no calories, and with many beneficial properties.


Last Monday there European Commission has authorized the use of stevia as a sweetener, after an initial positive opinion from the European Food Safety Authority. This authorization will take effect on December 2, replacing artificial sweeteners such as aspartame.

Stevia was already authorized in many countries including: United States, Canada, France, Mexico, Japan, Korea, Taiwan, China, Russia, Australia, Argentina, New Zealand, Colombia, Peru, Paraguay, Uruguay, Brazil, Switzerland and Malaysia . But not yet in Europe. But finally we too will be able to use it instead of sugar and grow it.

In the United States, however, the Food and Drug Administration has allowed it to be used exclusively as a dietary supplement and not as a natural ingredient or additive. Nonetheless, its consumption has increased dramatically. And do you want to know why?

The advantages related to the use of this substance are many: it does not cause diabetes, it is completely calorie-free, it does not alter the level of sugar in the blood, it is not toxic, it does not cause tooth decay and plaque and above all it is natural and contains no artificial ingredients. Nothing to do with the classic white sugar which, many do not know, is toxic.

Let's retrace the various stages of admission to the Stevia in Europe. Obtained from the Stevia rebaudiana plant, the so-called sweeteners steviol glycosides, better known as Stevia, were initially banned when in 1999 the WHO Commission on Food Additives and Scientific Committee for Food of the European Union, placed the emphasis on the fact that one of its metabolites, lo steviolo, it could be carcinogenic.

Hence the decision of the European Commission, which a year later decided against it, not to put it on the market. But in 2004, a group of Belgian researchers, in a international symposium on the safety of stevioside, denied its carcinogenicity, also because, according to experts, this substance would not be absorbed directly from the intestine, but degraded by the colon bacteria to steviol and largely eliminated in the urine.

At which point, the FAO andWHO established a maximum daily dose of 2 mg/kg body weight of steviolo. This limit, in the FAO study, has a safety factor of 200, ie it was 200 times lower than the quantities assimilated without risk by the study subjects.

aurelio ceresoli, President of whistle commented: “The approval for the use of stevia in the European Union will allow the beverage industry to introduce new products. With this extra sweetening option, it is likely to expect further growth of low or reduced calorie products, thus helping consumers to manage their overall calorie intake as part of a healthy and balanced diet ".

Also Coca-Cola Europe welcomed the decision of the European Commission to approve the use of Stevia as a sweetener in food and beverages. According to Coca Cola, in fact, this decision "opens the way to offer more drinks with excellent taste and fewer calories". 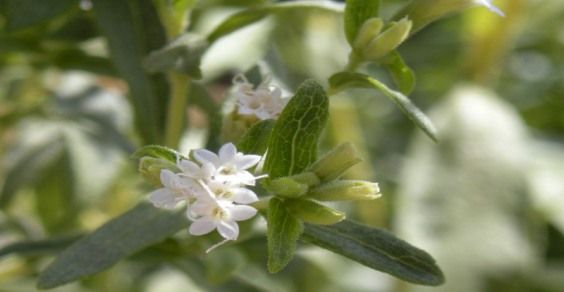 Already in 2009 the Stevia had been authorized in France as a sweetener in food and beverage products, and since 2010 the Coca-Cola Company has been marketing it across the Alps in the Fanta Still. From December it can be included in all soft drinks sold in Europe which will thus be a little less harmful.

Meanwhile, a Belgian chocolatier, Cavalier, has already announced that in December it will launch the new range of Stevia-based chocolate. A sweet and healthy idea to give for Christmas, don't you think?

add a comment of Stevia: the EU gives the green light to its use as a natural sweetener