Start looking at the glass as half full: the study that shows how optimists live longer! 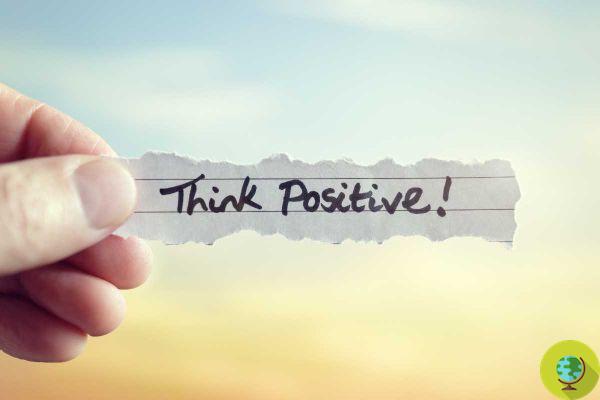 A new study confirms that positive people not only live better, but also longer. Let's find out why.

According to a new one search people who have a rosy view of the world can live healthier and longer because they have fewer stressful events to deal with.


Scientists found that optimists react and recover from stressful situations in much the same way as pessimists, but optimists fared better emotionally as they have fewer stressful events in their daily lives. It's unclear how optimists minimize their stress dose, but researchers believe that they tend to avoid arguments and irritation, or just don't perceive some events as stressful.

Previous studies had found evidence that optimists have longer, healthier lives, but researchers did not fully understand why having a "glass half full" attitude can contribute to aging better.

The researchers analyzed information provided by 233 men who were at least 21 years old when they enrolled in the US Veterans Affairs Normative Aging Study, between 1961 and 1970. Surveys in the 80s and 90s assessed the levels of optimism of the men. Between 2002 and 2010, participants completed up to three eight-day diary entries in which they recorded their mood, and all the stressful situations they faced.

Researchers thought optimists might recover faster than pessimists, but the data didn't confirm this. In fact, it turned out that the More optimistic men had fewer daily stressors, which partly explained their more positive mood.

This suggested that perhaps more optimistic men limited their exposure to stressful situations, or that they were less likely to perceive or label situations as stressful.

One way to become more optimistic is develop awareness of how we react or judge a situation. Often our automatic reaction implies a negative evaluation, or a worse scenario than it really is, so it is essential to find different ways to deal with situations.

More optimistic thinking does not mean ignoring the risks, but rather recognize your strengths, so you can come to a more positive and confident outlook.

Optimism could also be related to lifestyle, which includes increased physical activity, balanced diet, no smoking and low alcohol; But that's not all, as optimism also has biological correlates, such as less systemic inflammation, which could be protective for health.

Start following a plant-based diet and the chronic migraine disappears. The clinical case that the experts discuss ❯

add a comment of Start looking at the glass as half full: the study that shows how optimists live longer!