Start following a plant-based diet and the chronic migraine disappears. The clinical case that the experts discuss 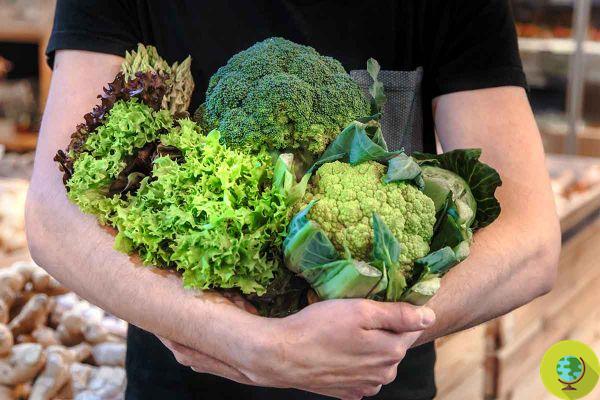 The clinical case of a man who disappeared from severe migraine after switching to a plant-based diet is described in the BMJ Case Reports.

The BMJ Case Reports reports a very interesting clinical case: a 60-year-old man who had suffered from severe migraines without aura for a decade saw them completely disappear after switching to a plant diet.


The study shows the clinical case of this patient, whose general information is not known but only the age and origin (United States), who recovered from the debilitating migraines he suffered from for over 10 years "simply" by changing his style food. In fact, the problem completely disappeared after the man started a diet that included whole foods and lots of green leafy vegetables.

Before this he had tried everything: obviously drugs in the first place but also yoga and meditation. He then eliminated some foods that could trigger or aggravate his migraines that were so strong that it was impossible for him to work.

In fact, as the man stated:

Before changing my diet, I had six to eight debilitating migraines per month, each lasting 72 hours. Most days, I either had a migraine or was recovering from a migraine.

After 12 years of suffering and various attempts to heal, nothing had changed the situation and six months before he was admitted to a lifestyle medicine clinic in New York, the man's migraines had become chronic and occurred in an increasingly close and painful way.

But after a drastic change in diet, in about a month, he began to see remarkable and surprising results. The man has not suffered from migraines for over seven years and does not remember the last time he had a headache. His case has now become a matter of study and debate after being reported in BMJ Case Reports.

What did he eat? He explained it himself:

Within a month of starting a nutrient-rich plant-based diet that mostly included lots of dark green leafy vegetables, fruits, beans, oatmeal, and a daily green smoothie, I was able to quit both medications.

The man followed the dieta Low Inflammatory Foods Everyday (Life), a plant-based, nutrient-rich diet that includes at least 140 grams of raw or cooked dark green leafy vegetables every day and recommends drinking about one liter of green smoothie per day, limiting your intake of starchy vegetables, oils and animal proteins, especially dairy products and red meats.

This change resulted in the frequency of migraine attacks being only one day per month within two months, and the duration and severity had also decreased. After three months, the migraines completely disappeared and have not reappeared for 7 years.

Following this glaring case, US doctors who have treated the man believe it may actually be helpful to experiment with a plant-based diet to relieve chronic migraine symptoms. Other experts, however, recall that this is an isolated case and that it is not yet possible to know whether the advantages of this diet are generalized and therefore also valid for other patients.

As Professor Gunter Kuhnle, Professor of Nutrition and Food Sciences at the University of Reading, who did not participate in the study, said:

The bioactive compounds found in dark green leafy vegetables and other foods could play an important role in the management of many diseases, but far more research is needed to make firm claims and recommendations.

The patient then made it known that the disappearance of migraines was not the only benefit found by the change in diet:

As a bonus, my asthma has improved dramatically since I changed my diet, so I no longer take asthma medications. I was also able to take my cholesterol medication off.

Inositol: properties, CONTRONDICATIONS and when to take vitamin B7 ❯

add a comment of Start following a plant-based diet and the chronic migraine disappears. The clinical case that the experts discuss