Solarmill, the domestic hybrid that combines photovoltaic and wind power (PHOTO AND VIDEO)

It has already been dubbed as the world's first integrated hybrid technology. It's called SolarMill and it combines photovoltaics and wind in a single modular device. And it's on sale in the United States


It has already been defined as the first integrated hybrid technology of the world. It is called Solar Mill e combines photovoltaics and wind in a single modular device. And it's for sale in the United States.

The system had already made its first appearance on some commercial buildings, conquering the primacy of largest hybrid installation of photovoltaic and wind. But American homes will also be able to have one, thus eliminating their emissions, their energy bills and producing large quantities of energy.

SolarMill is the result of the work of Windstream Technologies. The system consists of three 300W photovoltaic modules and three vertical axis micro wind turbines, which provide another 300W of additional capacity, for a total power of 1,2 kW. The basic version allows you to produce about 135 kWh per month occupying a limited space after all: the device is large 3 meters and 2 meters high.

SolarMill integrates solar panels and vertical axis wind turbines (VAWTs) into modular units that can be installed on roofs or other locations, promising to be highly efficient, low cost and easy to install in any type of environment. 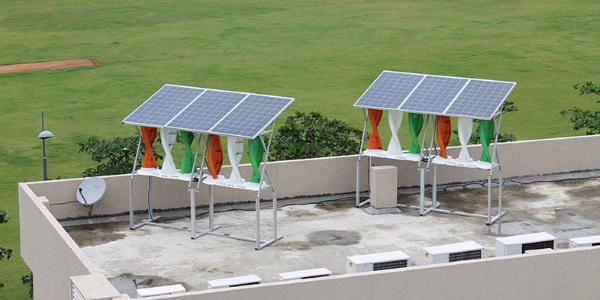 Combine the two forms of clean energy production. The company that created SolarMill has focused on this, according to which when the sun sets small wind turbines can continue to generate electricity, while when the wind is absent and the sun is shining, the photovoltaic panels will guarantee the electricity of which he needs. Turbines produce electricity even when the wind reaches low speeds, starting at 2 meters per second.

Among the latest news provided by the hybrid plant, there is the presence of a modern micro-inverter which maximizes the power handling for both turbines and photovoltaic panels. This ensures maximum efficiency without additional hardware or software systems. 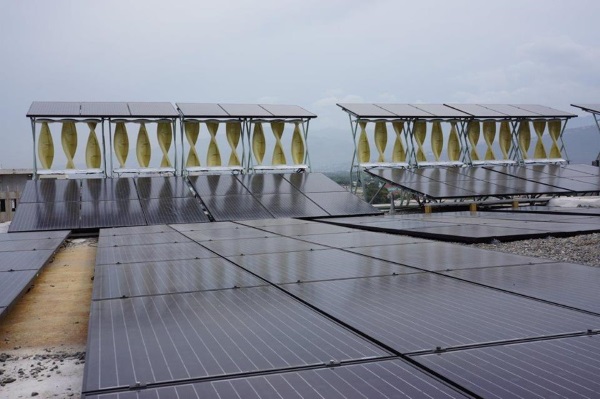 The company provided 50 system SolarMill for what has been billed as the world's largest hybrid renewable energy project a Kingston, in Jamaica. The installation, which is located on the roof of a law firm, will make it possible to generate 106.000 kWh of renewable energy per year (25kW from wind and 55kW from the sun), paying for itself in just four years.

"SolarMill is one of the most complete renewable energy generation devices in the world" accurate Windstream Technologies. "Our engineers designed a unique set of vertical axis wind turbines, then added the highest quality photovoltaic panels and a patented electronics system."

Windstream has also made one mobile version of the SolarMill, called MobileMill, intended for emergency responders. The latter is able to guarantee 4 kW of renewable energy with a series of batteries, a few minutes after arriving on site.

Photovoltaic and wind power lamps: in China the streets light up with the sun and wind

add a comment of Solarmill, the domestic hybrid that combines photovoltaic and wind power (PHOTO AND VIDEO)