Smoking: soon a vaccine to say goodbye to cigarettes. But is this the real solution? 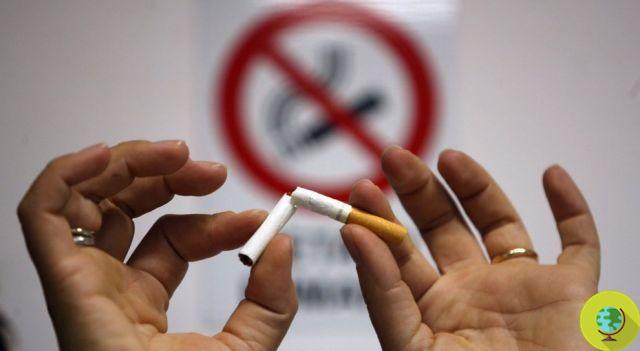 The anti-smoking vaccine is getting closer and closer. Antibodies to nicotine may help heavy smokers. But will it really be the only solution to quitting the cigarette?

Willpower, firmness and constancy. All this is needed to combat physical and psychological addiction to smoking. In the event that the "intentions" alone were not enough, to the aid of repentant smokers here will appear anti-smoking patches, e-cigarettes, homeopathic medicines, and even acupuncture. In short, many remedies for a single problem. But, despite everything, it is not always possible to stop permanently.

So what to do? If you don't really want to ask yourself about the reason for the failure (maybe, you just weren't convinced enough, what do you say?) A new solution could soon arrive, a new "remedy" to try, and it is a Vaccine.

You got it right: a anti-smoking vaccine which will allow you to quit smoking, eliminating the insane desire at its root and, above all, to prevent the relapses that every aspiring ex-smoker knows. It will use an active ingredient, 3′-aminomethylnicotine, which prevents the nicotine to reach the brain system. Once administered, the vaccine splits into, blocks the tiny particles of nicotine and delivers them to antibodies for "final" destruction.

The product, in a nutshell, stimulates the immune system to produce antibodies to nicotine.

The miraculous anti-smoking antidote is called NicVax and comes from the laboratories of NABI Biopharmaceuticals. Tested on 1000 smokers and approved by the American Food and Drug Administration, NicVax may soon be commercialized.

“The idea - the general manager of the manufacturing company explained to Scientific American Raafat EF Fahim - is to ensure that when a person decides to quit smoking he has tools - antibodies, in fact - to help him ".

Great news, you will say. Instead, no. We invite you to curb your enthusiasm, also because the test results are not so much "revolutionary". Previous trials had shown that around 16% of heavy smokers are able to quit taking the vaccine compared to 6% who received a placebo.

The shocking images printed on the packages, the intimidating videos, the bans, the disclosure of harmful, toxic and carcinogenic "ingredients" (carbon monoxide, arsenic, acetone, formaldehyde, tar, ammonia, polonium 210 and a long list of chemical additives) Until now everything has been useless, without a good dose of fluff of will. Not even environmental awareness and the awareness that our butts pollute, and a lot, our land can save us from the terrible vice without a good deal of willpower.

In short, any help or method that can favor the titanic enterprise is welcome. But the doubt about the necessity (and about the dangers) of a vaccine arise spontaneously. Great willpower and a deep conviction remain, for now, the best and safest weapons to say no to smoking.

add a comment of Smoking: soon a vaccine to say goodbye to cigarettes. But is this the real solution?