Smog particles accumulate in the brain 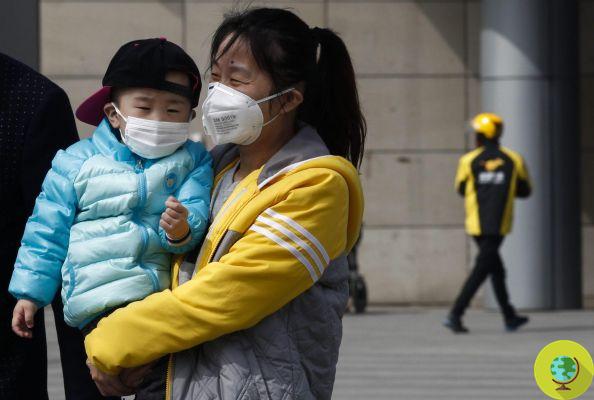 Smog builds up in the brain. We think about the metals contained in the exhaust gases we breathe, even if we don't want to, when we live in the city. Here, these particles that are part of air pollution can reach our brain.

Smog accumulates in the brain. Let's think of the metals contained in exhaust gas that we breathe, even if we don't want to, when we live in the city. Here, these particles that are part of air pollution can reach our brain.


This is what emerges from a new study conducted by researchers at Lancaster University and published in the scientific journal PNAS. Of greater concern is the fact that in the samples analyzed during the study, the researchers found precisely those particles that other studies link to the onset of Alzheimer's disease.

At the center of attention of this study we find Mexico City, one of the most polluted cities in the world, and the city of Manchester. The researchers' analyzes included brain tissue samples from 37 people. In some cases they were people suffering from neuro-degenerative diseases.

What did the researchers find in the brain tissue samples? The presence of spherical iron oxide nano-particles was found. In the human body, naturally occurring iron oxide particles are in the form of crystals.

Read also: POLLUTION SERIOUSLY HURTS THE BRAIN AND THE MEMORY

The spherical shape of the particles observed by the researchers corresponded instead to that of nano-particles of iron oxide which are formed by combustion. Unfortunately, heavy metal residues typical of catalytic converters were also found, including platinum.

These substances are a health hazard, especially with regard to diseases such as Alzheimer's, in the words of Barbara Maher, author of the study. The study was released on September 5 under the title “Magnetite pollution nanoparticles in the human brain”.

Read also: ALZHEIMER: THE FAULT OF PESTICIDES AND DDT?

Now the experts will work to better understand the eventual link between pollution, brain damage and Alzheimer's in the light of these latest discoveries. At the moment there are no proofs but possibilities and observations that will certainly need to be deepened.

Do Precooked French Fries Cause Cancer? Blame the acrylamide ❯

add a comment of Smog particles accumulate in the brain