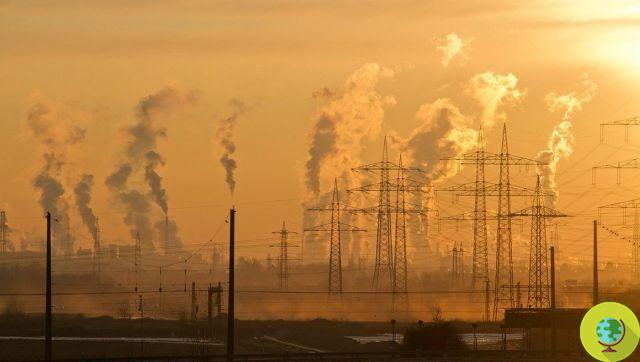 
Smog hurts the heart. The risk of dying for infarct can be aggravated due toair pollution. The smog it does not only contribute to worsening the environmental quality of our cities and urbanized areas of the planet, but it affects our health, increasing the danger of death due to acute coronary syndrome and cardiac arrest.

Researchers focused on addressing the link between heart attack and heart disease over the course of the study which bears the title of "Long-term exposure to air pollution is associated with survival following acute coronary syndrome". Research on this was conducted by experts from the Department of Social and Environmental Health Research of the London School of Hygiene and Tropical Medicin and the MRC-HPA Center for Environment and Health of King's College of London.

The aim of the study was focused on determining the possible link between exposure to air pollution long-term and incidence of the same on patients affected by acute coronary syndrome. In this regard, the data relating to over 154 thousand patients who survived a heart attack between 2004 and 2007 were analyzed.

This allowed researchers to point to exposure to air pollution as a determining factor in patients' chances of survival or, taking into account the flip side, in their death. Patient survival, assessed for the year 2010, was correlated with particulate concentration in the atmosphere, with reference to PM2.5 (particulate with a diameter not exceeding 2,5 micrometers).

La news was made public by the European Society Of Cardiology, which indicated the London study as the largest contribution made to date in order to investigate the link between air pollution and patient survival following acute coronary syndrome linked to heart attack, defined as the most severe clinical manifestation of coronary atherosclerotic disease.

An increase of 10 micrograms per cubic meter of PM2.5 was attributed by experts to a 20% increase in the death rate of patients with acute coronary syndrome. At the same time, in the researchers' opinion, cardiovascular mortality can be reduced thanks to a decrease in air pollution in urbanized areas. There fight against pollution therefore represents an important prevention factor against heart diseases and should be conducted with greater rigor also thanks to the contribution of aware citizens the risks associated with smog.

Autism: the risk increases with smog and pollution

The stress? Increase with heat ❯