Smog: confirmed side effect of pollution on fertility 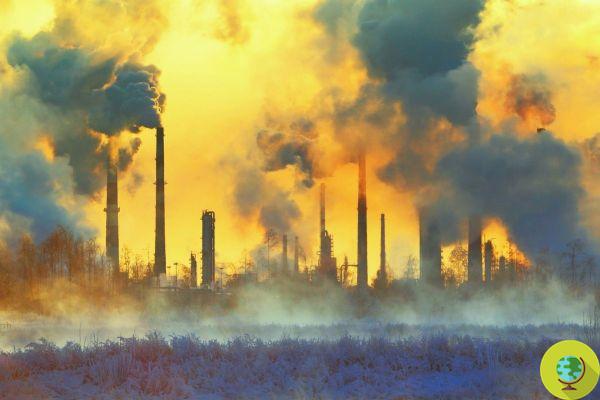 
We have fewer and fewer children: by choice, due to the economic impossibility of maintaining them, due to the difficulties connected with reconciling family and career, but also and above all due to infertility problems. The decrease in fertility rates in the world population is also due to air pollution caused by the combustion of fossil fuels.

A new study conducted by researchers at the University of Copenhagen (Denmark) analyzed national data on births in recent years: today, one in ten Danish children is born thanks to assisted reproduction techniques, while more than 20% of adult men are not has ever had children. The trend is not new, in fact: it began with the start of the industrial era, and has continued at an increasing pace up to the present day. The consequence of this demographic imbalance between the young population and the elderly population is that soon the young will be too few to care for the older generations.

The change in birth rates is often attributed to cultural and socioeconomic factors (increased access to planned parenting, contraception and abortion, changing role of women in society, economic hardship), but the data collected by the study shows that there is a decrease in births even before the introduction of the contraceptive pill, and that the number of abortions (spontaneous or voluntary) is on the whole decreasing from year to year. On the other hand, the rate of infertility linked to biological reasons such as testicular cancer, poor quality of sperm and eggs, premature puberty in girls and an increase in congenital malformations in male newborns is increasing.

The cause of this growing and worrying infertility, according to scientists, is to be found in exposure to environments polluted by fossil fuels. Fossil fuels are omnipresent: traces of their presence have been found in blood, urine, sperm, placenta and breast milk - even in adipose tissue. Many of these are considered endocrine disruptors, that is able to interfere with the functioning of the hormonal systems of our organism: their presence in the environment, therefore, has a very negative effect on our reproductive systems.

But not only: some studies have shown that the presence of substances deriving from the combustion of oil and coal, in addition to affecting the possibility of having children, is also responsible for diseases related to the male reproductive system. Men and women are affected differently by exposure to combustion gases, and even the gestation of a baby can be greatly affected by this exposure, with destructive effects. The studies conducted so far do not allow a clear reading of the phenomenon, which also affects the habits of individuals (such as lifestyle, smoking, sedentary lifestyle, nutrition): only further research on this will confirm the suspicions of the Danish researchers.

add a comment of Smog: confirmed side effect of pollution on fertility