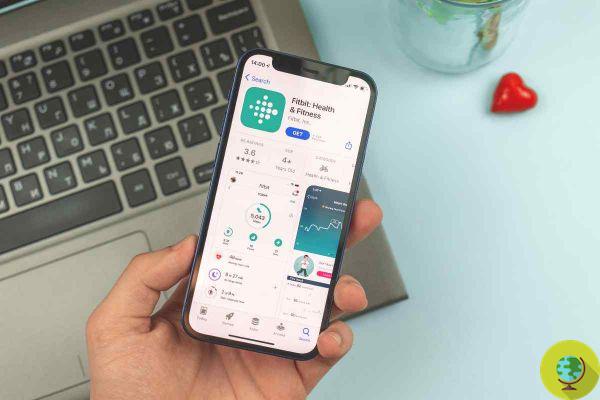 Fitbit has developed a new and efficient technology that can accurately detect atrial fibrillations. A mechanism that can save lives and prevent heart attacks and strokes.


Atrial fibrillation is a form of irregular heart rhythm that affects nearly 33,5 million people worldwide, and according to researchers, people with this disorder have a five times greater risk of having atrial fibrillation. ictus.

Unfortunately, as demonstrated it can be difficult to detect as there are often no symptoms, and episodes can come and go.

The new PPG AFib algorithm can passively assess heart rhythm in the background while stationary or asleep.

If there is anything that might suggest atrial fibrillation, you will be notified via the “irregular heart rhythm notifications” feature, so that the user can seek help and prevent a significant medical event, such as a stroke.

(Read also: Smartwatch and hypertension: soon your Fitbit will also calculate your blood pressure and the elasticity of your arteries )

How does PPG AFib detection work?

When your heart beats, small blood vessels throughout the body expand and contract, based on changes in blood volume. Fitbit's PPG optical heart rate sensor can detect these volume changes directly from your wrist.

These measurements determine the heart rhythm, which the detection algorithm analyzes for irregularities and potential signs of atrial fibrillation.

Clinical validation of Fitbit's PPG algorithm is supported by data from the historic Fitbit Heart Study, launched in 2020, which enrolled 455.699 participants in five months. The study was conducted virtually entirely during the pandemic, making it one of the largest remote PPG-based software studies to date.

Because the AFib can be so sporadic, the optimal way to check it is through heart rate monitoring technology when the body is stationary or at rest, making night tracking especially important.

The unique capabilities of Fitbit devices, especially the tracking of the heart rate 24/24 and long battery life make it a useful tool capable of evaluating long-term heart rhythm.

The Fitbit PPG-based algorithm and “Irregular Heart Rhythm Notification” feature will soon be available to consumers in the United States on a range of heart rate-enabled devices.

The goal is to make atrial fibrillation detection as accessible as possible, to reduce the risk of potentially dangerous events, and to improve overall heart health.

Stretch marks: causes, how to prevent them, treatments and natural remedies ❯

add a comment of Smartwatch: now your Fitbit will also measure atrial fibrillations, the new Afib sensor authorized by the FDA