Smartwatch and hypertension: soon your Fitbit will also calculate your blood pressure and the elasticity of your arteries 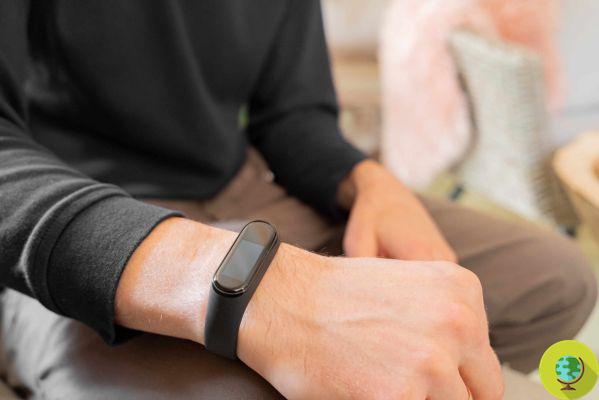 
Fitbit, a well-known brand that has established itself on the market among the major manufacturers of fitness bracelets, is becoming popular among health and sports enthusiasts thanks to trendy smartwatches that have become an indispensable tool for all those who want to keep their lifestyle or lifestyle under control. physical activity carried out, but not only.

In fact, the manufacturing company has recently developed a patent for the prevention of arterial hypertension, to which the famous multifunction fitness bracelet would help in monitoring the health of the arteries and in particular their stiffness.

How does all this happen? Through the irregular speed of the pulse beat detected by the Fitbit which is the main index of a loss of elasticity of the arteries.

No longer expanding as easily as they should, the walls of the arteries are put to the test by the pressure that the blood, pumped by the heart, exerts on them. The result is hypertension, also dubbed "silent killer”Since it acts in the shadows without particular signals, causing serious damage to the body.

Data collection would take place via an optical heart rate sensor already present in all the latest Fitbit models, therefore in a completely non-invasive way. The sensor would be able, through an accelerated beat of the pulse, to highlight the presence of high blood pressure in the subject, thus signaling the risk factors of cardiovascular diseases to which hypertension exposes.

Although the Fitbit smartwatch should not be considered as a medical device or a substitute for it, this modern bracelet can be a valuable aid in the prevention of hypertension and related diseases. It is in fact possible to download, directly from the app of your Fitbit, a PDF file that contains the values ​​recorded by the smartwatch and have them examined by your family doctor.

Fitbit also suggests taking blood pressure measurements in an upright position, without making any movement. Better still if using a scale, such as the smart ones that the company has recently put on the market.

add a comment of Smartwatch and hypertension: soon your Fitbit will also calculate your blood pressure and the elasticity of your arteries