What is the sirt diet and how does the new diet that promises to lose more than three kilos in a week and is becoming popular. What does the human gene diet consist of and what contraindications can it have? It's dangerous?

What is the diet sirt and how the new diet works that promises to lose more than three kilos in a week and is becoming increasingly popular. What does the human gene diet consist of and what contraindications can it have? It's dangerous?


Losing 3,2 kilos in 7 days by stimulating those genes that stimulate the metabolism: this is the Sirt diet, also known, not surprisingly, as the human gene diet. A further new eating style that promises to work wonders because it is based on a group of foods rich in special nutrients capable of activating the same genes of thinness that would otherwise be solicited by fasting. But what does the Sirt diet consist of? And does it really work?

Famous because followed by Pippa Middleton and singer Adele, this eating style was developed by two nutritionists, Aidan Goggins and Glen Matten, who leveraged a group of genes, the sirtuine (hence the name), capable of stimulating metabolism, burning fat and promoting rapid weight loss.

The peculiarity of this diet is that no type of food would be excluded but, indeed, we would add the so-called "Sirt foods", some even unknown to most, in the context of the motto "there are no deprivations of any kind". It may be true, but isn't this the summary of our dear old Mediterranean, without constantly bothering the needle of the balance?

Sirt diet, what it is and how it works

The "lean gene diet" promises to make you lose weight quickly and effortlessly with a diet based on a group of recently discovered nutrients that would be able to activate a family of genes, the so-called sirtuins (specifically, sirtuins are enzymes, proteins that in humans they are encoded by genes of the same name "SIRT").

Also called "metabolic super regulators", sirtuins have the fantastic power to literally influence our body's ability to burn fat, leverage our mood and the mechanisms that regulate longevity.

An effect, that of the activation of sirtuins, which, according to the creators of this diet, would produce the same benefits as fasting without, however, the disadvantages.

The Sirt diet consists of two phases. During the first three days of the first phase, a maximum of 1000 calories per day should be consumed. Basically, you can have three green juices and a solid meal, all based on Sirt foods. From day 4 to day 7 the daily calories will become 1500. Each day you will eat two green juices and two solid Sirt meals. At the end of the seven days, you should have lost, on average, 3,2 kilos.
The second phase is the maintenance phase and lasts 14 days, during which the goal is no longer to reduce calories, but to consolidate weight loss by still eating Sirt foods.

Sirt diet, what to eat

Generally, they are referred to as sirtuins activating foods:

Well, what stands out is that with this diet you would simply be consuming foods rich in polyphenols, which have antioxidant properties, which presumably activate the sirtuins in turn.

Among the foods that have made this diet noteworthy are in fact wine and dark chocolate, which already have a place in our diet, also because their high levels of antioxidants can protect us from some chronic diseases and some cancers.

But what about weight loss?
The official website of the Sirt diet says it focuses more on health than weight loss, although the slogan remains: "the revolutionary way to lose weight". The biggest claim of this diet is that these sirtuins will increase our body's ability to burn fat, promote muscle growth, maintenance and repair and, as previously mentioned, rapid weight loss. While other non-weight related benefits include: improved memory, control of blood sugar levels, and protection from cancer and chronic disease.

A daily menu of the Sirt diet by way of example can be this (in the first phase):

They are then granted every day 15-20g of dark chocolate with 85% cocoa. 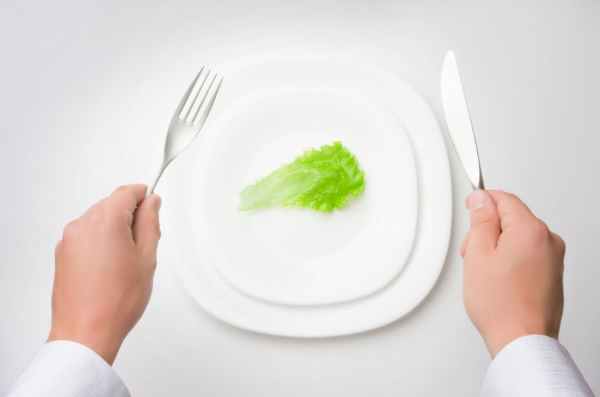 Most analyzes of sirtuins' effects and weight loss have only been done in animal laboratories, on yeast, worms and human stem cells. Studies have shown that an antioxidant known as resveratrol, found in grapes and blueberries, which activates sirtuins, can mimic calorie-restricting actions which in turn lead to weight loss. Other studies have found that resveratrol may play a role in preventing cancer, heart disease and diabetes in animals, but there is not enough evidence to understand its role in humans. Another thing to point out is that a lot of the research is looking into the isolated form of sirtuins and not the sirtuins found in the food itself, and they also tend to use high doses of antioxidants which are impossible to obtain from food sources (more wine doesn't equate to greater benefits, for example).

The only human evidence on the efficacy of "Sirtfood" in terms of weight loss comes from a clinical trial included in the same book Sirtfood Diet and designed by the founders themselves. A leak? The Sirtfood diet was conducted in a pilot study by participants in a private gym in Chelsea, London. Over a 7-day period, 39 people lost around 3 pounds (but beyond 7 days we don't know if calorie restriction continued, weight regained or muscle mass was maintained).

As if to say, of limitations There are some proofs of this: a pilot study is the first of many studies that should be conducted on a specific topic and should by no means be the only source of evidence to support a diet. Furthermore, the only participants in the study were gym-goers, a "population" probably attentive to health and a healthy diet regardless. Finally, there was no control group and then think about it ... another thing that can activate sirtuins is the limitation of calories, which is why it is part of phase 1 of the diet ...

We always remain of the opinion, therefore, that we must always be followed by a specialist before embarking on a new diet that makes us lose weight, to maintain the weight afterwards and, above all, to stay healthy.

Mucus-free diet: what it is and how it works ❯

add a comment of Sirt diet, does the human gene diet really work? What contraindications?