Shock images on cigarette packs, do they really work? I study 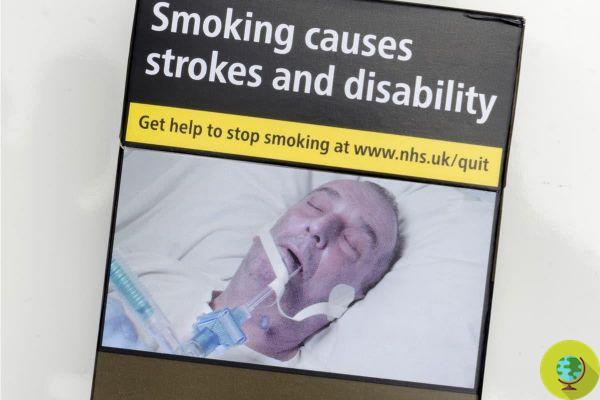 Do shock images on cigarette packs really work? Yes, but only on the youngest. Meanwhile, however, cigarette manufacturers continue their recruitment to create the next generation of smokers, vital to the industry's survival.

Do shock images on cigarette packs really work? Yes, but only on the youngest

An unprecedented study that analyzed for the first time the impact of strong images that have appeared on cigarette and tobacco packets in recent years, in an attempt to discourage and stop smokers. That's what James Cook University researchers have published, revealing that alone teenage smokers are put off by graphic warnings, while the impact is starting to wear off on older people.

This, in any case, remains excellent news (albeit halfway): it is really important, in fact, that the impact has been greater precisely on the youngest, since most adult smokers have started to hang on. vice during adolescence.

“Smoking still kills about seven million people a year. It is still incredibly dangerous and nicotine addiction during the formative years is linked to more significant long-term health risks, as well as productivity and life expectancy, ”the researchers explain.

The researchers analyzed data from many previous studies, which involved a total of around 16.000 people around the world, between the ages of 11 and 19. So they measured the impact of the warnings on cigarette packs. No reviews had previously focused on the effects of this type of interventions on adolescents.

"We found that graphic warnings raised adolescents' awareness of the dangers of tobacco use, although there was significant variation among adolescents in the type of warning they responded best to," said Aaron Drovandi, head of study.

Which shocking images worked the most?

Graphic warnings describing lung cancer, oral diseases and fetal harm. These are the images perceived as particularly effective for adolescents. In addition, graphic images of external effects were more effective than the presence of real people in the warnings.

“Simple packaging has also reduced the attractiveness of cigarette packs, with darker colors being the most effective. This has also increased the visibility of health warnings, ”adds Drovandi.

Meanwhile, however, cigarette manufacturers continue their recruitment to create the new generation of smokers, vital for the survival of the industry itself ...

The secret of the tobacco lobby: cigarettes sold in Africa are more toxic

Oncological immunotherapy: what it is and side effects. But does it really work? ❯

add a comment of Shock images on cigarette packs, do they really work? I study