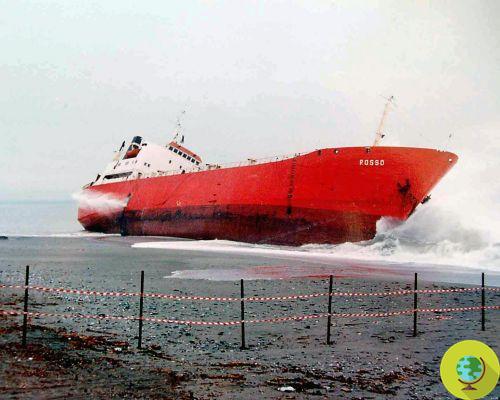 Fishing could be interrupted on the Calabrian coast. This is why the fishermen of Cetraro today protested by blocking the railway line between Paola and Capo Bonifati, in the province of Cosenza.

The ship of poisons scares. And if there were others in the area, sul Tyrrhenian from Calabria tall ? Whatever the case, there is a problem and it is today, because fishing could be interrupted on the offending coast. Because of this the fishermen of Cetraro today they protested by blocking the railway line between Paola and Capo Bonifati, in the province of Cosenza, preventing any kind of train from running.


The protest then ended at 14,15 pm, following the assurances of the Prefect of Cosenza, who announced that he had set a meeting for Wednesday 14 October to the Presidency of the Council of Ministers, in which a delegation of fishermen will be able to assert their reasons. The issue is a delicate one, an economic activity against the safety of our seas, which we hope will be handled by competent and transparent people. We will follow it if there are any developments.

At the same time, the competent judiciary is also taking a step back. The prosecutor of Catanzaro, Vincenzo Lombardo, expressed his doubts: "We are not certain that that discovery in Cetraro is really the Cunsky ship, as reported by the repentant Francesco Fonti". The prosecutor states that yes, the ship has drums inside it, and a gash that looks like that caused by an explosion, but that at the same time photos and videos do not completely coincide with what is known about the conformation of the Cunsky. "And we need to shed some light on this," said the prosecutor.

Because in this Polish forest the trees grow crooked ❯

add a comment of Ship of poisons: tensions and doubts grow