Sheep virus, what it is, symptoms and how Q fever is infected 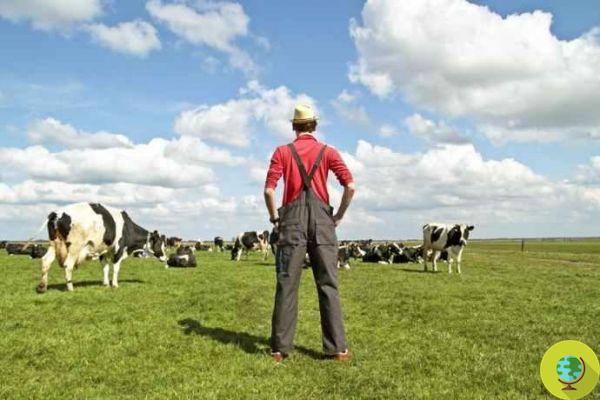 Q fever belongs to the class of zoonoses, that is, infections that can be transmitted from animals to humans. What it is and how it manifests itself.

Q fever alarm? The case of the 65-year-old from Montegalda, Vicenza, hospitalized because of the so-called “sheep virus”, a very rare infectious disease transmitted mostly by flocks, is of concern. But what is Q fever? And how is it contracted?


For now, as reported by the Giornale di Vicenza, serological tests are underway at the Zooprophylactic Institute of the Venezie in Legnaro to understand the origin of the infection and trigger, if it were to be ascertained that the bacterium responsible for the pathology has actually been spread from sheep in transhumance, the measures provided for by law, "starting with the isolation of the animals and prophylactic measures".

But in the meantime, already in recent weeks at the San Bortolo in Vicenza another patient had been treated for the same infectious pathology.

What is Q fever

Otherwise called "sheep virus", Q fever belongs to the class of zoonoses, that is, of the infections that may be transmitted from animals to humans. It is an infectious disease caused by the Coxiella burnetii bacterium, which affects both animals and humans. But Coxiella burnetii infection does not necessarily evolve into Q fever in animals and when this occurs, the disease can cause reproductive complications, including abortion, especially in goats.

Q fever has been reported in many species, including cattle, sheep and goats, but also birds and arthropods, while humans most affected are those who often come into contact with livestock. These animals, in fact, can be a source of infection due to their urine, feces, their milk, their blood or residues of placenta and amniotic fluid resulting from a birth.

Q fever can be asymptomatic, that is, without obvious pathological signs, or very similar to a normal flu.

The most common symptoms can be:

These manifestations can also appear 30-40 days later after infection and their duration usually does not exceed two weeks.

Is it possible to transmit Q fever from human to human?

This is a very rare case but it can happen. The bacterium responsible for the disease can be transmitted to another person mainly in two circumstances:

Red wine: the non-alcoholic one lowers the pressure ❯

add a comment of Sheep virus, what it is, symptoms and how Q fever is infected