Sex and PVC: do phthalates in plastics cause female libido to drop? 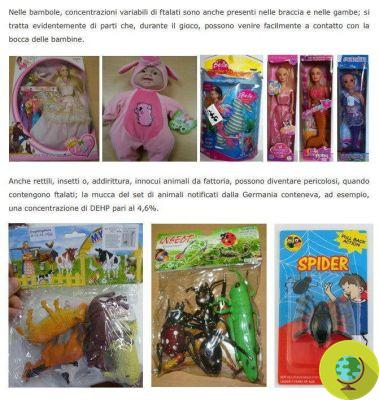 Is the urge to have sex waning? It could be the fault of the plastic, especially the phthalates used to soften the PVC. Phthalates are present in commonly used items, such as industrial food packaging and shower curtains. One study related them to decreased female libido.

The urge to having sex is it falling? It could be the fault of the plastic, in particular of the phthalates used to soften the PVC . Phthalates are present in commonly used items, such as industrial food packaging and shower curtains. A study related them to the decreased female libido.

Phthalates accumulate in our body and women who have high levels of these substances in their urine seem to experience a real drop in libido. The cause would be all in the ability of phthalates to interfere with the female hormone system.

This was stated by a study conducted at the University of Rochester School of Medicine and just presented at the annual conference ofAmerican Society for Reproductive Medicine. The researchers set out to measure the levels of phthalates in the urine of 360 pregnant women aged between 20 and 30 years.

Women with the highest amounts of phthalates in their bodies were two and a half times more likely to lose interest in sex than those with the lowest levels of phthalates. According to the WHO, phthalates present serious health implications.

Phthalates are industrially produced chemicals. These are artificial compounds that from previous studies have already been related to the acceleration of menopause, al risk of diabetes and accumulation of body weight. It is believed that exposure to phthalates during pregnancy can cause serious problems for the baby.

In short, for various reasons, from phthalates it would be better to stay away. But how can we do? We can try to reduce the consumption of packaged industrial foods and the use of containers for alimony plastic that we fear may contain phthalates. Maximum attention to PVC.

Emily Barrett, the study expert, suspects that phthalates interfere with the production of female sex hormones. All of us are exposed to phthalates on a daily basis and, in the words of the researcher, all the people tested showed measurable levels of phthalates.

According to Emily Barrett, food is one of the major sources of phthalates we are exposed to, especially when it is industrially processed and packaged. His recommendation is to cut back on processed foods and buy fresh, unpackaged foods.

The Chemical Industries Association would have immediately risen to defend the producers of plastics and to emphasize that at the moment there are no globally accepted tests that can ascertain the effects on libido of exposure to certain substances. But given the numerous hypotheses on the health risks associated with phthalates, it is better to protect yourself as much as possible, prefer natural foods and reduce the use of plastic in contact with food.

Do phthalates in make-up accelerate menopause? Phthalates present in perfumes and cosmetics increase the risk of diabetes Phthalates: exposure during pregnancy can cause serious problems for babies
Serotonin: what it is and how to stimulate the happiness hormone ❯

add a comment of Sex and PVC: do phthalates in plastics cause female libido to drop?