Scrupulousness: the obsessive fear of not being good enough, the symptoms you need to recognize 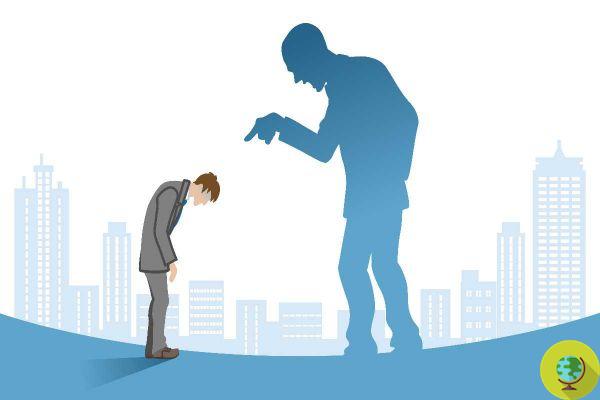 La scrupulousness falls within the obsessive compulsive disorder, and is characterized by an excessive sense of guilt and frustration that become pathological, linked to different aspects of life.


People with obsessive compulsive disorder (OCD) may be afraid of spontaneously discovering that they are violent or harmful and unable to monitor these impulses. Who is obsessed with sexual orientationmay be overly concerned about finding out that he is gay; or theareal fear of being an irresponsible person o unsanitary because, for example, we did not disinfect our hands after touching the ground or even a shoe; or even check until exhaustion if the front door is closed: all this can be synonymous with obsessive compulsive disorder.

Here are some more common manifestations of moral scrupulousness:

Moral scrupulousness borrows from other common manifestations of obsessive compulsive disorder; furthermore, although it has been classified under the religious obsessions, actually falls under almost every type of OCD, and manifests itself with:

Hence, scrupulousness manifests itself when one person is excessively worried, and in a state of perennial anxiety for fear of doing something that goes against their moral, ethical and religious beliefs.

People with scrupulousness will feel plagued with guilt because a certain thought has crossed their mind and they may worry about offending others. They will spend hours trying to "recover from damage"; a real compulsive behavior and a continuous obsession with the aim of reducing their discomfort.

Those with moral scrupulousness may:

Fortunately, with the right support, the scrupulousness can be cured. It is often treated with the cognitive behavioral therapy, which involves confronting one's obsessive thoughts without engaging in compulsive behaviors or rituals. Another form of therapy isacceptance and awareness of the disease, understand that you are not alone and that this disorder does not define who you are in reality.

People with OCD often don't ask for help because they feel guilty, ashamed, or embarrassed to admit the disorder. On the contrary, as recommended by the ISS, it is instead recommended to consult a specialist doctor because it is very unlikely that the ailment will improve without any type of intervention.

Writing by hand is better than the keyboard for learning a new language, studying ❯

add a comment of Scrupulousness: the obsessive fear of not being good enough, the symptoms you need to recognize