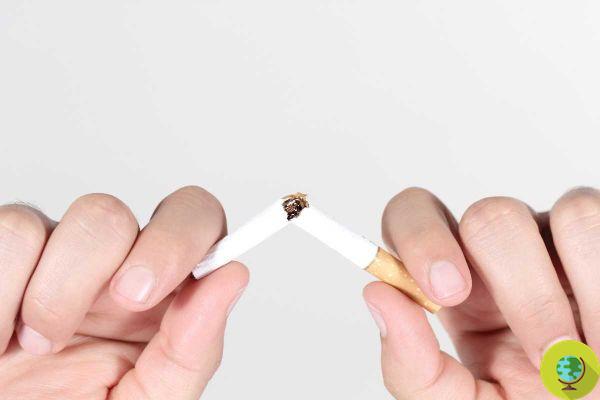 Quitting smoking has an impact on the health of the body, and if done by middle age it significantly reduces the risk of cancer

Stopping smoking has a significant impact on the health and well-being of the body, and if done by middle age significantly reduces the risk of cancer.

A new study found that a smoker who quit before turning 45 reduced the odds of dying from cancer by nearly 89%. According to the research, therefore, quitting smoking by middle age it would have a significantly positive impact on the risk of dying from cancer. (Also Read: How Smoking Ruins Your Lungs: The Sobering Home Experiment)

The study looked at data from over 400.000 participants, and followed their health history over the course of 18 years, from 1997 to 2014. Overall, smokers were found to be three times more likely to die of cancer than non-smokers. smokers. But the body has an incredible self-healing ability; in fact, those who have quit smoking by the time they turned 45 they reduced their chances of dying from cancer by nearly 90 percent. Furthermore, the authors of the research pointed out that quitting at any age helps reduce the risk.

So, the sooner you quit smoking, the sooner you will have benefits on the health of the organism; for example, a smoker who quit at the age of 34 had almost no increased risk of dying from cancer compared to a non-smoker. This risk has almost doubled, however, for those who smoked until the age of 55 or 64.

According to one study published in the journal Circulation, any type of smoke is harmful to health, and even if the number of smokers considered "heavy" is decreasing, there is still a significant proportion of people considered "light" smokers (less than one pack per day) e "intermittent" smokers (they don't smoke every day, but they do it several times a week). Light and intermittent smoking, however, have a significant impact on mortality rates.

Scientists discover a rare and aggressive form of Alzheimer's, which begins around age 40 ❯