Scientists have discovered how to "season" food to burn excess fat 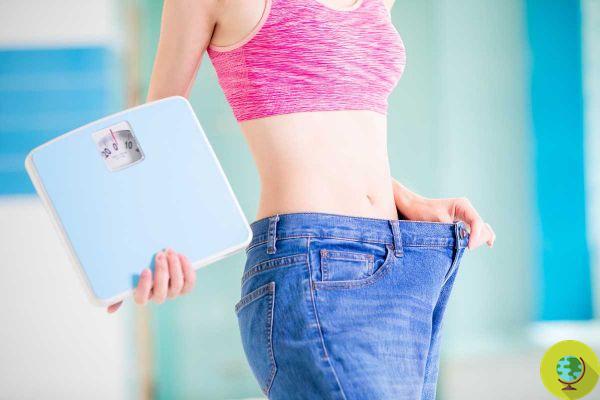 A study has shown how flavoring food with fabanols helps burn excess fat by browning the adipose tissue induced by the sympathetic nervous system.

The secret to destroying and burning excess fat may lie in flavanols, a substance found in cocoa and grape seeds.

It is known that the stimulation of the sympathetic nervous system (SNS) after exposure to cold, exercise and calorie restriction induces browning of fat. THE food polyphenols can also activate BAT, causing the heat to dissipate from our bodies. BAT activation and white fat browning are therefore both therapeutically significant in the fight against cardiovascular disease.

A group of scientists examined the fat browning induced by dietary administration of flavan-3-oils (flavanols / FL), a family of "catechins" containing polyphenols abundant in cacao, apple, grape seeds and red wine. in study published in the journal Nutrients, the results revealed a direct correlation between fat browning and FL consumption, which could help researchers develop new treatments for obesity-related diseases.

The authors of this research had previously found that a single oral dose of FL resulted in fat burning, and an increase in skeletal muscle blood flow. In the new review, they investigated the effects of administering single and multiple doses of FL into adipose tissue, and found that these activate fat browning via the SNS, which secretes "catecholamine" neurotransmitters such as adrenaline (AD) and noradrenaline (NA).

They administered FL derived from cocoa in two independent series of experiments; One group was given a single dose of FL over the course of 24 hours and their urine was collected for testing, while the other group received repeat doses for 14 days.

The team then used adipose tissue to study the effects of long-term FL treatment. They were thrilled to find that white fat, in those who had been taking FL for 14 days, eventually turned brown. Some of these cells also had notable structural changes, such as the 'multilocular phenotype' and appeared to be smaller than normal cells. The researchers believe the results of their study may contribute to prevention of lifestyle-related diseases.

It is evident from this research that theSNS activity in response to FL intake caused the observed changes in fat. Although the mechanism of fat browning is not fully understood, it is possible that repeated administration of FL may produce browning via catecholamines and its receptors. Obviously, more studies will be needed to understand how this process is induced by foods rich in FL.

Scientists have succeeded in reversing aging and rejuvenating tissues ❯