Salmonella: Symptoms, Causes, and Why It's Dangerous in Pregnancy

Salmonella, how it gets infected, the symptoms and when it is dangerous, especially in pregnancy. Present in nature with more than 2 thousand variants, called "serotypes", salmonella is the most commonly isolated bacterial agent in the case of food infections. The most common strains in humans and animal species are salmonella enteritidis and salmonella typhimurium. But what specifically is a salmonella infection? And why can it be dangerous in pregnancy?

First identified in 1886 in a case of swine fever by the American doctor Daniel Elmer Salmon, the salmonella bacterium it can come into contact with our body when contaminated food is consumed. The most severe forms of salmonellosis can mainly affect children, the elderly and those with a depressed immune system.

La salmonella is a Gram-negative bacterium (Gram-negative bacteria are defined as those that remain colored pink after undergoing a laboratory procedure called "Gram"), called "bacillus"Due to its stick shape and is normally present in thegastrointestinal system.
Salmonella bacilli are found in the environment, soil and water and can be identified as parasites in the intestines of animals and humans.

In humans, these various serotypes cause different infectious diseases, such as:

Le Non-typhoid salmonellae are one of the most frequent causes of foodborne infections in the industrialized world. Infections can occur both in humans and in domestic and poultry animals (chickens, pigs, cattle, rodents, dogs, cats, chicks), but also in wild animals, including domestic reptiles (iguanas and water turtles ). THE the main reservoirs of infection are animals, while the products derived from them (meat, eggs and milk consumed raw or unpasteurized) and the environment (non-drinking water) are the early vehicles of infection. 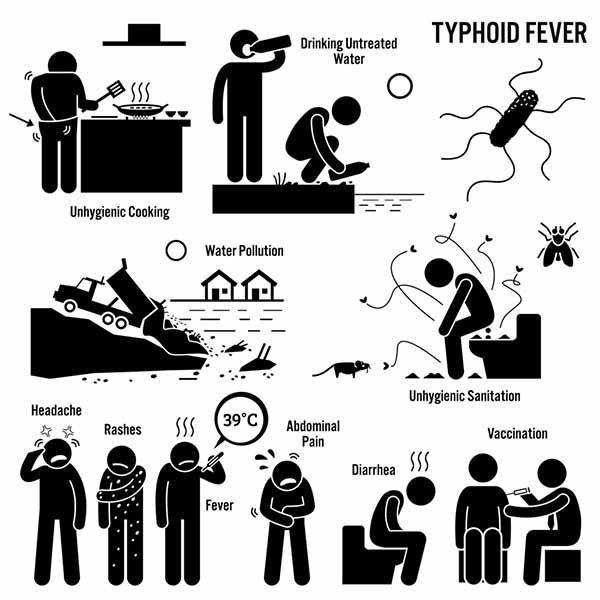 The severity of the disease depends on the infecting serotype, but also on the number of microorganisms ingested and the patient's resistance.

I symptoms of a salmonella infection may appear between 6 and 72 hours from ingestion of contaminated food, but they are more likely to show up later 12-36 hours, and even last up to a week. Most of the disease has a benign course, but the infection may get worse and require hospitalization.

The severity of symptoms varies by common disorders of the gastrointestinal tract up to more severe forms, which can affect those most at risk such as elderly people, children and individuals with immune system deficiencies.

Symptoms of a salmonella infection can be:

And in the weakest subjects the following could occur:

READ also: FOOD POISONING: HOW TO PROTECT YOURSELF FROM FOOD-RELATED DISEASES

One of the main causes of salmonella is eating foods that have been contaminated with the bacterium, but also simply using the kitchen surface or various contaminated utensils. When we use them with contaminated food and don't clean well, what we use afterwards can become contaminated. But not always coming into contact with salmonella we get sick.

I main transmission vehicles salmonella are:

As for food, one is needed in any case to cause disease massive colonization of the pathogen in the food before being ingestedor. Contamination can occur at the time of production of the food, during its preparation or even after cooking for incorrect handling of the food itself.

Please note, because generally, if a food that is contaminated does not change its peculiarities, for which color, smell, taste and consistency do not appear.

In this case, the following are considered food at risk:

It is above all in the light of this last point that it is useful adopt preventive measures that include basic hygiene rules and simple health and behavioral hygiene precautions.

A good cooking it is highly recommended, but do not use the same knife used to cut raw meat to cut cooked meat as well.

Rinse the eggs well before their use e do not use them if they came out of the package with the shell already cracked: a small crack, in fact, is already sufficient to allow the penetration into the egg of the bacterium possibly present in the feces of the hen.
It is estimated that 50% of salmonellosis outbreaks worldwide are due to contaminated eggs, while beef and pork (eaten raw or undercooked) and milk derivatives can cause, respectively, 15% and 5% of cases. (Source: Iss) 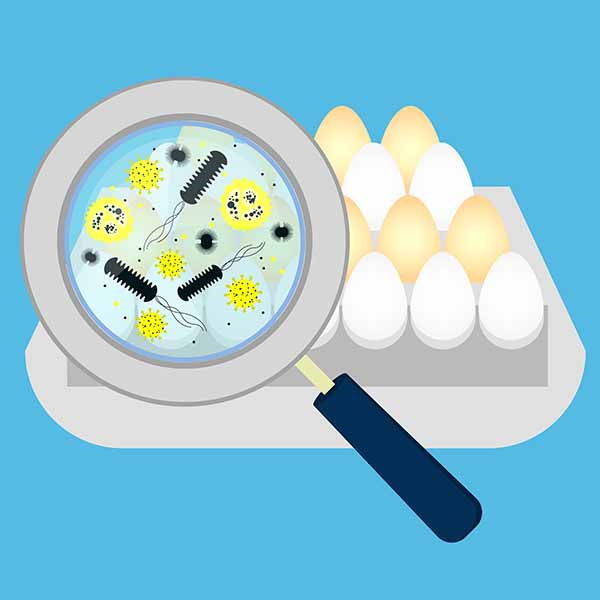 Generally, to reduce the risk it is good to:

READ also: HOW TO WASH YOUR HANDS: 10 NATURAL REMEDIES FOR A CORRECT CLEANING

Generally speaking, salmonella infection spontaneously returns. However, it can help replenish lost fluids with rehydrating oral solutions, mineral salts, lactic ferments and probiotics.
The doctor will also advise you to do not try to counteract any diarrhea, since that ordinary is also needed defense mechanism of the organism to expel germs, nor will he prescribe antibiotics, which could lengthen the persistence of salmonella in stool or even induce resistance.

Hospitalization and the use of antibiotic therapy are indicated only:

They may also interest you:

As well as the elderly, children and the immunocompromised, even pregnant women salmonella infection can be a little more dangerous. But no alarmism: if the pregnant woman follows the letter all the hygiene rules and avoid any raw food, there is no risk. In addition, an infection cannot lead to direct infection of either the fetus or the placenta.

It is good to know, however, that salmonellosis can cause complications during pregnancy, in particular:

Among the various strains, the salmonella typhi, if contracted during gestation, it can be transmitted to the fetus and give rise to some complications, including premature birth and abortion. In the event of pregnancy, in fact, the infection can compromise fetal development due to conditions of:

Pepper sauce: the easy and perfect recipe, to enjoy the summer all year round on pasta and bread ❯

add a comment of Salmonella: Symptoms, Causes, and Why It's Dangerous in Pregnancy