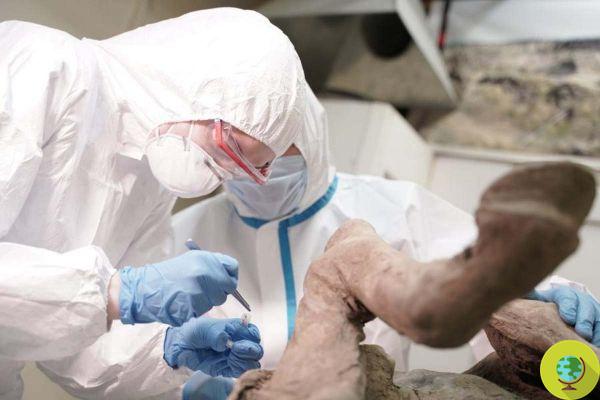 Scholars analyze the diversity of pathogens and study their evolutionary characteristics starting from prehistoric animals.

Probe prehistoric animals frozen in Siberian permafrost to identify so-called paleoviruses and study the characteristics of past pathogens to better understand those widespread today. This is the goal of some Russian scholars who have started a pilot study, starting with the mythical Verkhoyansk horse found in 2009. Purpose of the project? Identify such viruses and conduct advanced research on their evolution.


They are the scientists of the Research Center for Virology and Biotechnology "Vector" and the researchers of the North-Eastern Federal University in Yakutsk (NEFU), who thus aim to analyze the diversity of pathogens and study their evolutionary characteristics, to better understand the viruses that live today. (READ also: Melting permafrost is "resurrecting" dangerous spores and bacteria)

The remains of many Paleolithic creatures are trapped in the icy grip of Siberian permafrost. Thanks to global warming that has melted part of the ice, the expeditions have brought to light the remains of numerous animal species preserved from freezing temperatures over the years. These hibernating fossils remain interesting in themselves, but Russian researchers now want to investigate even further and see what kind of virus these organisms may have harbored.

“Over the past decade there have been several attempts to get this work started, but right now we have moved from planning to action,” says Dr. Olesya Okhlopkova, a researcher in the laboratory's Department of Biophysics and Environmental Research.

The first animal to be involved in the project is the Verkhoyansk horse, an equine that lived about 4.500 years ago recovered in 2009 in the Verkhoyansk region, in the Autonomous Republic of Sakha-Yakutia, Siberia. (Read also: Horse found 40 years ago: it was hidden in the Siberian permafrost)

The Vector State Research Center team has the ambitious goal of finding paleoviruses that would enable the development of paleovirology in Russia to start and conduct cutting-edge research on the evolution of viruses. This could also mean trying to better understand the viruses spread today, including - why not - the new coronavirus.

The natural remedies of the Indian tribes to treat coughs, colds and sore throats in children ❯