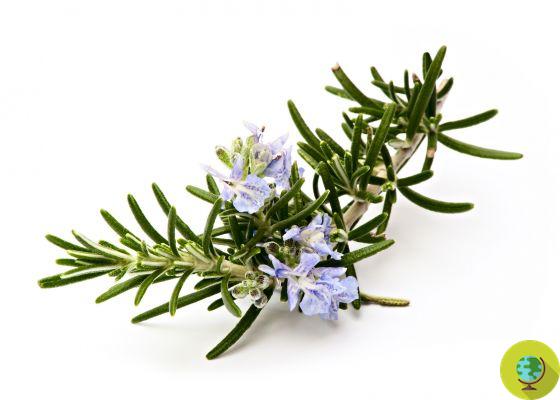 Rosemary, a valid ally of memory. In fact, the aroma of the essential oil would be able to improve the ability to remember in people over the age of 65. Even Shakespeare already knew this, it is no coincidence that his Ophelia in Hamlet underlines this ability

Rosemary, a valid ally of the the memory. In fact, the aroma of the essential oil would be able to improve the ability to remember in people over the age of 65. Even Shakespeare already knew this, it is no coincidence that his Ophelia in Hamlet underlines this ability.

This is what emerges from a new study conducted by Kauren Bussey, Lucy Moss and Dr. Mark Moss of Northumbria University, who in recent days presented their research at the annual conference of the British Psychological Society di Nottingham.

La Northumbria University he had already investigated the effects of rosemary on memory. Bussey and Moss's research focused on perspective memory. This involves the ability to remember events that will occur in the future and those necessary to carry out certain activities at particular times.

150 people over the age of 65 took part in the study, divided into three rooms: one without fragrance, one scented with lavender oil and one with rosemary oil putting four drops into a diffuser.

Once ushered into the chambers, the volunteers performed gods test to evaluate their memory functions including remembering to transmit a message at a certain time during the procedure and carrying out tasks when a specific event has occurred. These activities represent the two components of perspective memory: one defined as "time-based", ie remembering to do something at a certain time (for example, watching a TV program) and another "event-based", ie remembering to do something after receiving an environmental stimulus (for example send a letter after seeing a mailbox).

Participants also performed a assessment of their state of mind before and after testing in scented or unscented rooms.

Analysis of the results showed that the rosemary aroma had significantly improved prospective memory compared to the room without aroma. Furthermore, in terms of mood, rosemary significantly increased attention threshold, while lavender increased the calm and contentment of the odor-free room.

These findings support previous research indicating that rosemary essential oil aroma can improve cognitive function in healthy adults. This is the first time that similar effects have been demonstrated in healthy people over 65. More studies are needed to understand the potential lifelong benefits of these flavors, ”said Lauren Bussey.

Essential oils, precious allies to always have with us.

ROSEMARY: ITS PERFUME CAN IMPROVE MEMORY

add a comment of Rosemary helps memory. Shakespeare was right